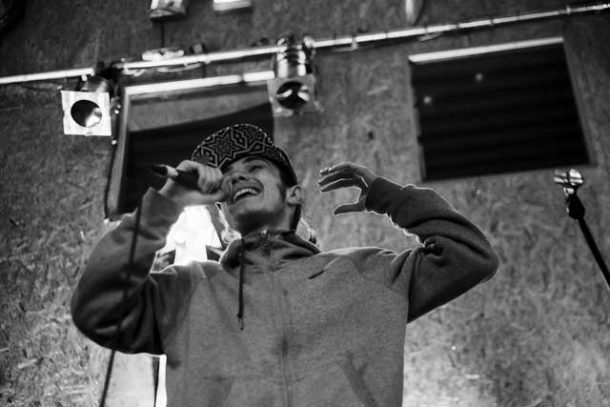 Foot-tappingly catchy and highly watchable – it’s not often that you get to hear such raw talent. The Grit School Live at Pop Brixton was an opportunity for people to catch an early glimpse of local aspiring artists and musicians as they finished a course with the charity School Ground Sounds (SGS).

It was the concluding performance of the six-week intensive course on the ins and outs of the music business, led by music industry professionals for aspiring musicians aged 16 to 24.

It is the latest addition to the free programme offered by SGS, which was founded by 25-year-old Tom Scott.

Despite not being musical himself, Scott was well qualified to start the charity.

At university, he and a friend set up Bristol Couch, a project that filmed unsigned musicians on a red inflatable sofa that popped up in and around Bristol, from rooftops to record shops.

Fortunate timing led to the pair capturing a young George Ezra, shortly before he ricocheted to super stardom.

The online platform has since attracted over a million views. 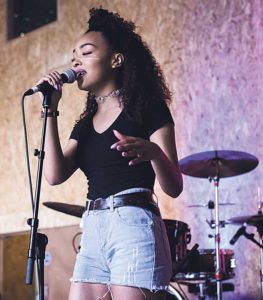 In 2012 Scott joined the Teach First charity’s programme to end inequality in education by building exceptional leaders and was placed in a school near Brixton to teach maths.

As if by fate, there he discovered a pristine, practically untouched recording studio, the ideal place for the sessions. Scott describes how they strung up fairy lights transforming the classroom into a ritzier studio space.

15-year-old Sitey was the first student to be filmed covering Sam Cooke’s A Change is Gonna Come, a song that became the anthem for the civil rights movement. “It was moving to hear her singing so perfectly into the microphone from behind the camera.”

Scott describes this as his “light bulb” moment. “There’s so much talent in these schools. Voices that have been completely untrained but are completely perfect.”

A few weeks later, Sitey’s recording was played to the school assembly. “You could hear a pin drop in the room, nobody could believe how good she was.”Scott recalls how students craned their necks to catch sight of her. “It was one of those powerful moments, when you think OK, she’ll remember that for the rest of her life – that’s the kind of stuff we’re trying to do here.” 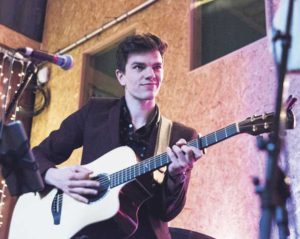 Although Scott left teaching, School Ground Sounds, based at Impact Hub in Pop Brixton, serves as a way to combine his interests in education and music, while countering the failure of the British music industry to develop young musicians from disadvantaged backgrounds.

Impact Hub is a great place to connect with fellow entrepreneurs and freelancers.

Scott’s colleague Kayleigh is the charity’s programme director and a professional drummer.

Projects in the mix include song-writing competitions and professional mentoring sessions.

Students are being recognised on the streets and the YouTube channel is attracting more visitors. Major TV players, such as The Voice, have been in touch.

Scott explains: “One thing I noticed while teaching is that students were coming into school with their headphones listening to music and loving it, but when seeing that they have music ‘period five’ that day, they would groan. There’s a strange disconnect there and that’s where we can hopefully fit in.”

Following The Grit School Live, from atop the stage, he says: “It’s times like this when I feel I have the best job in the world. I’ve sort of created a job that combines everything I enjoy.”

Make Do and Mend launches new shop in Pop Brixton