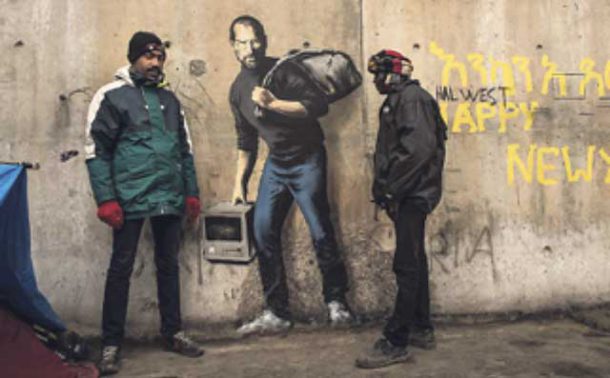 The refugee crisis is both real and personal and its existence demands that we start thinking of ourselves as a world rather than an island.

I recently visited the Calais refugee camp known as The Jungle, volunteering to teach English for a couple of days.

What struck me about the camp, and its school in particular, was its resilience – regularly visited by teachers volunteering from Lambeth NUT and the Brixton-based group Stand up to Racism.

The drive within the camp to learn French or English is astounding. Despite long, gruelling nights, scaling fences, dodging traffic, tear gas and rubber bullets – all ages walk through the doors at 11 in the morning.

One child who I taught had picked up four languages on her  journey to France. Being part of a classroom of mixed ages, abilities and most importantly languages, made me realise how ridiculous our borders and boundaries are.

Calais camp is not just the product of a refugee crisis – but of a crisis of solidarity. The racism which was terrifyingly legitimised by the referendum vote is only further evidence of a widespread drought of compassion.

The convoy to Calais on 18 June was a significant humanitarian response, yet the French government stopped most of the 250 plus vehicles and the aid they carried from crossing its borders.

Despite this, we still have to retain faith in the power of direct action to combat fear-mongering and scapegoating.

Street art and narratives can continue our protests. The convoy may have been physically repelled, but Apple founder Steve Jobs, the son of a Syrian migrant, creeps into the Jungle, sprayed onto the wall by Banksy.

In the artwork, Jobs embodies the thousands of exiles fleeing war zones and desperate situations, who represent so much potential.

Banksy’s recent artworks are an example of the impact artistic activism can have in raising awareness and encouraging direct action. They have been shared all over the mainstream media and made it into a list of the top French tourist attractions; whereas the stories of those actually living in exile have mostly been ignored by the same media.

The efforts of the convey were not wasted, they will continue to spread through these artistic platforms, until heard and felt. 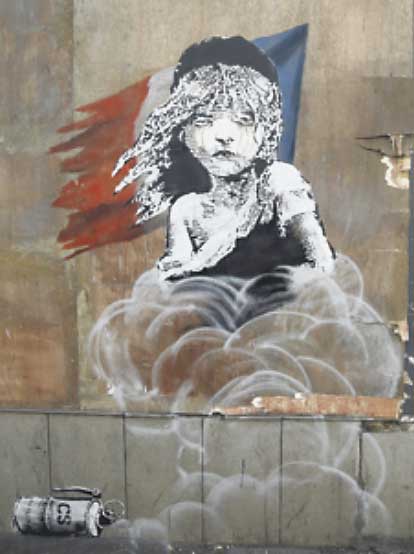 A teary figure from Les Miserables trapped in a cloud of CS gas has been sprayed onto the French Embassy in London – a critique of the use of tear gas and pellets on Calais refugees.

An interactive barcode below the graffiti takes the viewer to a video of the French police invading the camp on 5 January 2016 – providing a platform to expose an otherwise completely hidden attempt to evict around 1,500 refugees.

Some may be angry that Britain has left the EU, but rather than turning against our neighbours whose injustices and pains have been channelled into the wrong firing line, we need to continue to campaign.

The fight for an alternative Europe is where our efforts should turn. There is a silence at the moment surrounding the Calais camp that demands a wave of insurgence to slice through it.

Using immigration as a scapegoat for problems caused by a corrupt elite is not sustainable and through our voice and narrative, let’s hope that we can encourage a swift realisation of this.

Look on the websites Care4Calais or Save the Children for more information on how YOU can take action.