Local residents kept up their fight to keep the Carnegie library in Herne Hill open as a stand-alone library by mounting a “pop-up” open air library in Ruskin Park opposite a hall where Lambeth council was showing its plans for the building’s future.

The council says that, as part of its plans, “it is proposed” that the basement of the grade II listed building be used to house a gym with 60 to 70 stations and changing rooms.

It said that a new “neighbourhood library” in the building would have “a comprehensive book stock, at the same level as the previous Carnegie library”, planned and managed by the council’s library service, “reflecting local needs, culture and community languages”. 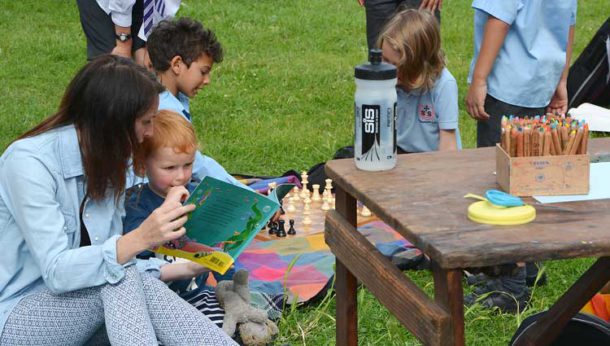 There would be free wifi access and computers with software and keyboards adapted for users with visual impairment; quiet study space; “self-service” book lending; activities provided by Lambeth libraries as well as community groups; a weekly session for under-fives; and a monthly reading group.

The council said the new arrangements would see “longer opening hours than the previous Carnegie Library, expected to be up to 70 hours per week”.

There would be “staff on site at all times including Lambeth librarians present every day for up to two hours”.

The neighbourhood library and gym will be run by the council’s leisure provider, GLL – now known as “Better”. The council also proposes to hand over the building to a community group.

A planning application for the changes the building is due to be submitted in September this year and the council plans to open the new library in summer 2017.

The council said its two-day exhibition gave people the opportunity to “give feedback on the plans”; speak to local councillors about them; and to meet representatives from GLL. It also showed proposed floor plans. 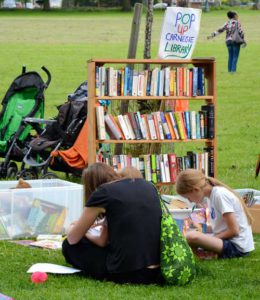 But campaigners, who occupied the library earlier this year, said there were still many unanswered questions, including whether groups who had used the library in the past without payment would now have to pay.

They also asked how the proposed handover to GLL as well as a community group would work, specifically, who would have control of the building.

Limited car parking in the area is an issue and the campaigners asked whether the council had surveyed possible increased requirements and what effect they might have on local residents.

The campaigners continued to question how the plans would save money – the reason the council says it is making the changes – and why the council was “subsidising” GLL to create the gym.

And they asked yet again whether there had been any market research on the possible demand for a gym in the area and what would happen to the building if the gym does not break even by 2018/19 as required in the council’s plans.

Brixton library’s service is unchanged under the council’s plans.

Defend the 10 (Campaign to retain all Lambeth libraries)

Carnegie Community Trust (One of two groups seeking to take over the Carnegie building. The other, the Carnegie Library Association, is linked to the Friends.)

Lambeth’s Show of Unity in Brixton