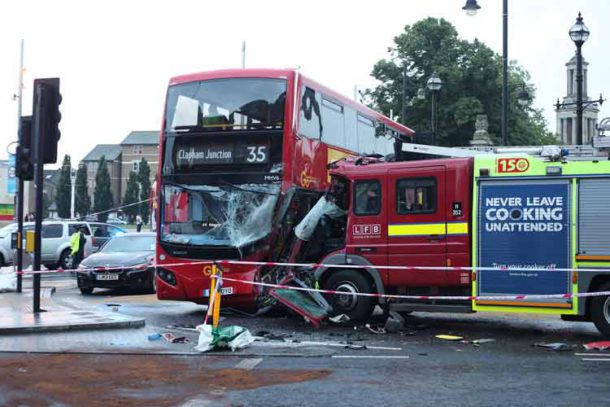 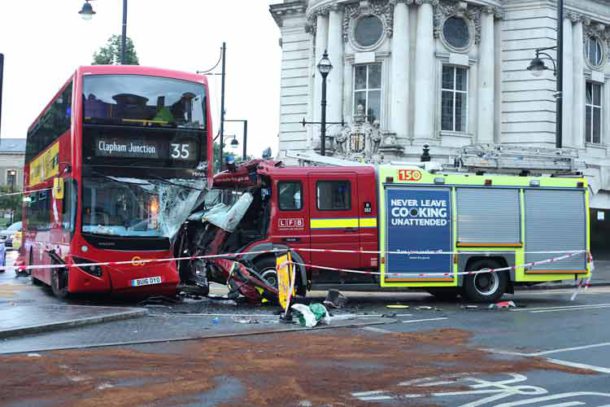 A bus and a fire engine collided outside Brixton town hall this evening.

The fire engine was from Tooting fire station. Nobody was trapped, but one firefighter sustained an injury to his leg and was taken to hospital.

London Ambulance Service said seven people were treated at the scene. As well as the firefighter, the bus driver was taken to hospital, along with a female bus passenger complaining of back pain.

The engine was going  to a fire at a restaurant in Coldharbour Lane. This incident was resolved by London Fire Brigade and no further engines were required.

The cause of the crash is under investigation.