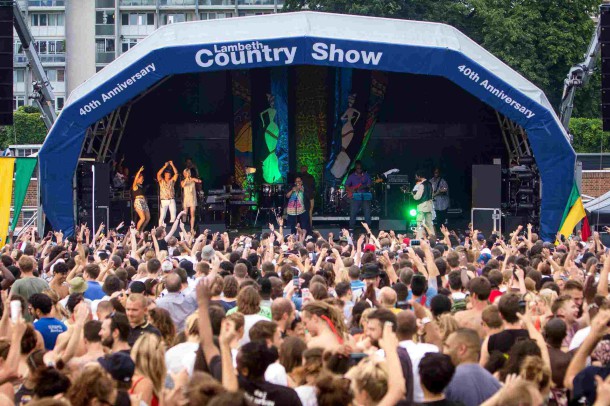 Lambeth Country Show has announced it music and attractions line-up for 2016.

The annual free event in Brockwell Park is returning for the 42nd year on July 16 and 17.

More than 100,000 people are expected to attend, with around 300 traders and exhibitors, seven licensed bars, live music and over 70 food stalls

They are followed on the Sunday by Little Roy, Johnny Clarke, Matic Horns, Chainska Brassika and Stylo G, all performing on the main stage. More artists are to be announced soon, Lambeth council said.

This year the Village Green stage will host Oxjam Music Festival with local music from Brixton on the Saturday and Clapham on the Sunday.

Attractions will include horse jousting and a Wild West show, falconry, a sheepdog display and regulars Vauxhall City Farm.

The Royal Society of Biology and the Royal Society of Chemistry will be offering a range of learning activities and the Cycle Zone will have local cycling clubs, bike mechanics, and the police on hand to add your bike to the National Cycle Database.

The Flower Zone, in partnership with the Royal Horticultural Society, will be hosting workshops and It’s Your Local Market will be present the farmer’s market.

Mayor of Lambeth, Cllr Saleha Jaffer, said: “The Country Show is a wonderful event and it just seems to get better and better every year.

“We have an incredibly energetic and fun loving population in this part of London and the Country Show is a perfect opportunity to show that off – welcoming people from all over the capital to Brockwell Park.”

Entry will remain free in 2016, but the event relies on donations that can be found across the site.

IN PICTURES: When the heavens opened at Lambeth Country Show 2014