Found Festival returns this year for its fourth and biggest edition yet. Taking place on 11 June in Brockwell Park it promises some of the biggest and best names from London’s electronic music community. 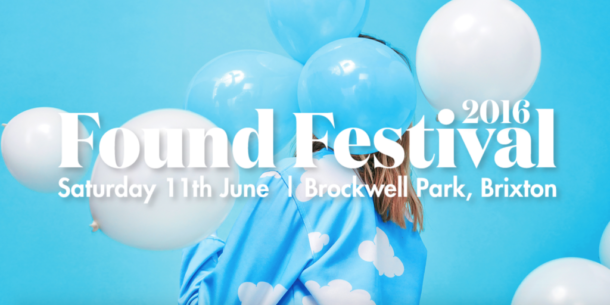 With one festival currently taking place in Brockwell Park, we’re already looking forward to the next one! Found Festival 2016 is set to be a banger, with six stages of house, techno, disco and electronic music.

Headliners include Kerri Chandler, Petre Inspirescu, Theo Parrish, Mood II Swing and 808 with around 40 more acts playing. “Continuing to strive for authenticity, this year’s event will see us bring together those who shaped our scene,” says the website, “alongside today and tomorrow’s most exciting new artists.”

Last year’s event was the first at Brockwell Park after the festival relocated south after starting at Haggerston Park in East London.

For tickets and more info, head to foundfestival.com.