From the Queen’s Head to the Academy: notorious local rockers Fat White Family have announced their biggest headline show to date at Brixton Academy on Saturday 17 September 2016. And they’ve dropped a single too… 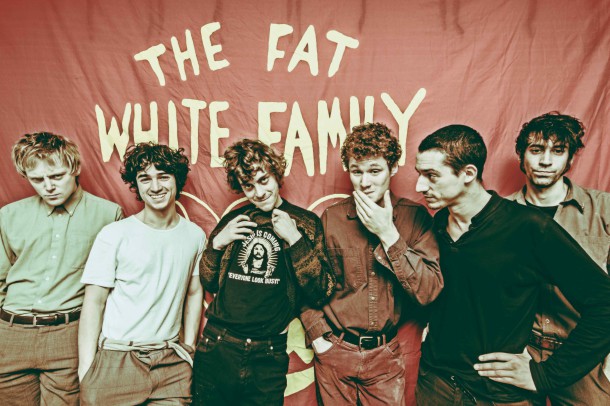 It’s amazing to think that the Fat White Family began in Brixton with their legendary Slide-In nights at The Queens Head back in 2012 and now they’re headlining at the Academy on Saturday 17 September 2016.

The show will also feature a full supporting line-up of bands and DJs, details of which will be announced shortly. Tickets for the show go on sale at 9am on Friday 8th April 2016 here: https://tickets.songkick.com/events/26576994

Talking about their return to Brixton, the band said: “It is with joyous remorse we would like to announce a very special performance at O2 Academy Brixton September 17th, for sweet mother Brixton is on the road to well dressed irrelevance, just another open casket in a city bent on deathly formalities. Nostalgia is no substitute for community and dialogue; that being said, if we cannot prove a good example, let us be the sad reminder. WE SHALL ALL BE CLEANSED.”

The band has announced details of the release of Tinfoil Deathstar on Friday 27th May 2016 via their own Without Consent label. The single is taken from their second album, Songs For Our Mothers, which was released in January of this year. You can listen to it on SoundCloud here.