Brixton indie-funk band are hoping to break into the UK Singles Chart with their new track ‘True’, for which they’ve also released a new video. Help these Brixton boys make number one! Just text THIRST to 85888 to pre-order their single. Read more about it. 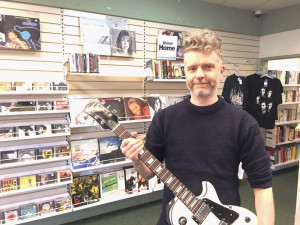 The Brixton Barnardo’s charity shop has become the first in the UK to specialise in music following a makeover. The charity hopes the new format will satisfy the strong local demand for music and tap into Brixton’s rich musical heritage, helping to raise more funds to support its work with the most vulnerable children, young people and families. Read more about it.

The iconic 90s girl group All Saints are back! The band that brought us Pure Shores and Never Ever have announced details of their first UK tour in fifteen years – and it includes a date at Brixton Academy on 13 October 2016. Go on, relive your adolescence… 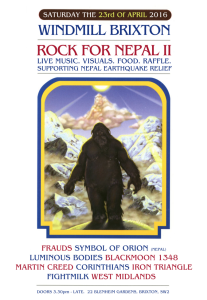 Brixton based music publisher Pink Lizard Music is celebrating its second birthday. Based off Brixton Hill, they work with musicians in London, Milwaukee, Hastings, New Zealand, Detroit and New York and their releases have been supported by Record Store Day, Gilles Peterson and BBC Radio 3.

On Saturday 23 April Windmill Brixton are holding a fundraiser for Nepal, on the anniversary of the terrible earthquake which tore the country apart in 2015 – funds are still much needed in the rural communities. “We have a Nepalese metal band (metal is huge in Nepal!) based in London playing,” says band booker Tim, “there’ll be food and some wicked raffle prizes!” 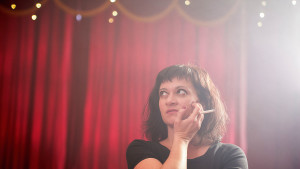 Brixton-based singer songwriter Eleonora Claps launched her debut album Stars at Cable Cafe Bar at 8 Brixton Road last month. The record includes original songs by Eleonora, as well as rearranged versions of her favourite songs by Sting, Cyndi Lauper, Prefab Sprout and Dvořák. You can find her music on Bandcamp.

Misty Miller interview: “I want to keep my love for music...