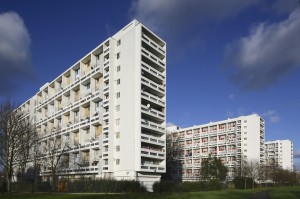 Lambeth Labour has launched a campaign calling for the government to scrap its Housing and Planning Bill which would cut the levels of affordable housing in Lambeth and hit some residents with rent increases of up to £15,000 a year.

The campaign will be focused around a new petition – available here – outlining how the Housing Bill, currently moving through the House of Lords, would “have a devastating impact on council tenants, private sector renters and those aspiring to buy a home in the borough”.

The legislation abolishes new secure lifetime tenancies in social housing, replacing them with two to five year tenancies and hits working council and housing association tenants with a combined income of £40,000 or more (about two living wages) with a “pay to stay” tax to bring their rent up to market levels – increasing rents for some by £15,000 Brixton or by as much as £26,000 a year for a two bedroom flat in Waterloo.

It also forces local authorities to sell “high value” properties when they become empty and replaces the current definition of affordable homes with new “starter homes” that will cost up to £450,000, meaning that only people with incomes above £77,000 will be able to afford them.

Cllr Lib Peck, leader of Lambeth Labour, said the bill is “a terrible deal for council tenants, housing association tenants, private sector renters and anyone aspiring to buy a home in the borough.”

“It gives developers the ability to walk away from their commitments to building affordable homes, hits thousands of residents with huge rent increases and does absolutely nothing to address rocketing house prices locally.”

“We need to step up this challenge to this misguided Bill and I would urge every resident to sign this petition,” she said. “It is time for the Tory government to scrap this bill and to work with local government to put in place urgent plans to address the housing crisis gripping London.”

Lambeth’s Green Party has also called for the bill to be stopped.

Rashid Nix, the party’s candidate for Dulwich & West Norwood in the 2015 elections and a former resident of the Loughborough Estate in Brixton, said: “The Housing and Planning Bill sounds the death knell for council estates and housing association homes in London. Let this go through and in a few years ordinary Londoners will have all been forced out and living in the capital will be a privilege only the super-rich and wealthy can afford.”

On 30 January, Lambeth Housing Activists organised a march on Downing Street to protest against the bill.