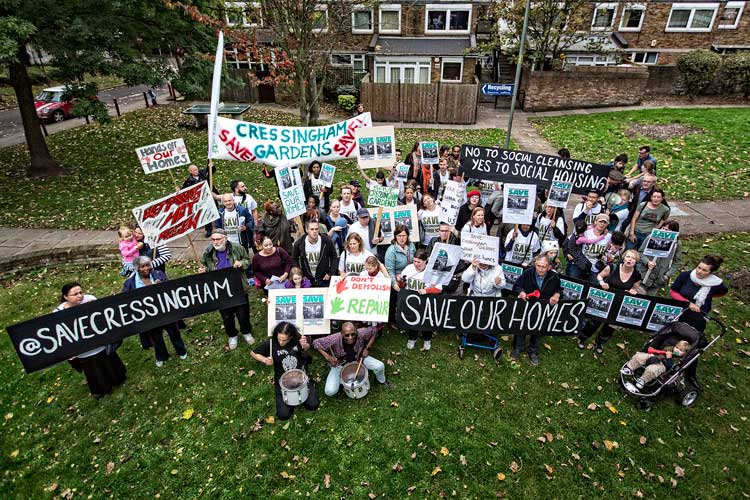 Lambeth council has restarted its consultation with Cressingham Gardens residents over the future of the estate, following a High Court ruling that found the council had acted unlawfully when it decided to remove refurbishment options from its development plans for the estate.

The council began the process of consulting residents over the future of the estate in 2012, and five options – ranging from full refurbishment to full redevelopment – were put forward for consideration.

Three refurbishment options were subsequently withdrawn last March, after it was decided that they were unaffordable.

In July, the council’s cabinet voted to redevelop the entire estate, demolishing the existing 306 houses and building a minimum of 464 new homes to replace them.

However the judge conducting a judicial review sought by a resident of the estate found there was lack of proof that the refurbishment was unaffordable as was claimed. And there had been a failure to properly assess affordability of the options as agreed with residents.

Lambeth has now begun consultation on all five options, in accordance with the ruling of the court. Residents will be asked for their views on all original alternative proposals at a series of events. Two workshops, which did not complete their work programme – on viability and green retrofitting – will be reconvened. The cabinet is due to make a decision on the future of the estate in March.

Brixton pensioner slapped with £1,000 of parking fines after sun fades...