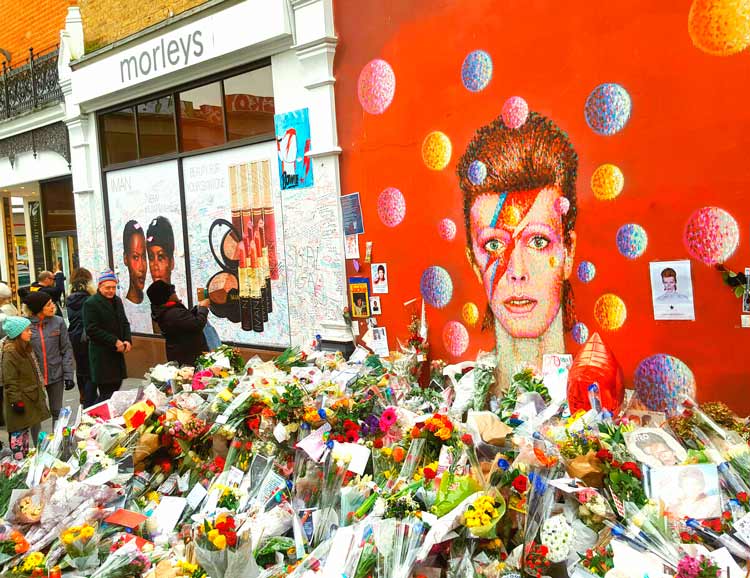 Local residents and David Bowie fans have called for a permanent memorial in Brixton, as tributes continue to pile high in frontof the mural of the late star.

Since his death at 69 on 10 January, fans have been pouring into Brixton to remember the musician who was born here. Hundreds of flowers, candles and even food have been piled up in front of the mural of the Starman on the wall of Morley’s department store. Almost a month later, the tributes show no sign of stopping.

Born at 40 Stansfield Road in 1947, Bowie lived in Brixton until the age of six. The son of a waitress and promotions officer for Barnados, he attended Stockwell Infants School until 1953, when his family moved to Bromley in Kent.

Musical from a young age, he achieved his first number one with Space Oddity in 1969. His status as an international star was cemented with The Rise and Fall of Ziggy Stardust and the Spiders From Mars. His latest album, Blackstar, was released days before his death.

Many have now joined calls from Brixton Pound – which features Bowie on the B£10 note – for a permanent tribute to Brixton’s musical legend. Charlie Waterhouse, of This Ain’t Rock’n’Roll, who designed the second  edition Brixton Pound notes (including the Bowie tenner) called for “a monumental piece of public art in a prominent Brixton location”.

Brixton Pound said they have “always been extremely proud that David Bowie personally agreed to appear on the B£10 note”.

“In allowing his image to be used on the notes, Bowie has provided a lasting gift to the community,” they said, “both in terms of the activities of the B£ and its mission to create a local and sustainable high street, but also through the Brixton Fund from which we give grants to local organisations of community benefit.”

Lambeth council leader Lib Peck said any move to permanently honour Bowie would be undertaken after consultation with residents and his family.

The first effort, however, will be to preserve the mural painted by artist Jimmy C in 2013. “We are in contact with Morleys Brixton, the department store, about how best to do this,” Peck said. “The mural itself could be locally listed to ensure it remains as a lasting tribute.”

The council could consider a plaque of Bowie and look at renaming a street in his honour, she added.

Zac Monro, the architect working on the Somerleyton Road redevelopment where it has been mooted that the memorial could be located, said: “something permanent needn’t be traditional. It needn’t be statuesque, solid, just in one place … A place to stop and reflect for a few minutes at lunchtime or a temporary venue for happenings”.

“There are a lot of new developments in the area that would benefit from a bit of Bowie,” he added. 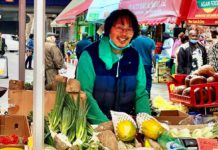 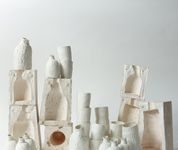 Win a T-shirt from the Brixton Pound!

9 December, 2017
We use cookies to ensure that we give you the best experience on our website. If you continue to use this site we will assume that you are happy with it.OKPrivacy policy