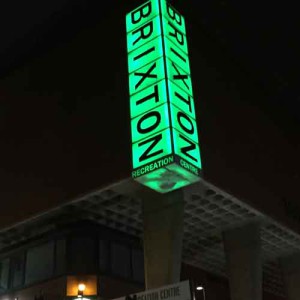 Lambeth council cabinet member Jane Edbrooke, already under fire over plans for the borough’s libraries, was today (13 January) accused of arrogance and high-handedness for her decision to scrap the Brixton Rec Improvement Group (BRIG) at very short notice.

The move came in the middle of consultations on upgrades to the Rec. The council’s approach to consultations has been under severe examination since a judicial review ruled it had acted unlawfully in its approach to the Cressingham Gardens estate and campaigners against its plans for the borough’s libraries say their views have been ignored.

In a letter of complaint to council leader Lib Peck, David Duncan, chair of the Brixton Rec Users Group (BRUG), said he was “astonished and dismayed” to receive a letter from Cllr Edbrooke saying BRIG had “reached the end of its useful life” two days before a scheduled meeting.

At it last meeting in November, he said, dates had been agreed for 2016 meetings.

He pointed out that the improvement group had three “partners”: BRUG; the council’s leisure provider GLL; and the council.

Cllr Edbrooke has acted “unilaterally and arrogantly” to terminate BRIG without giving BRUG or GLL the opportunity to express their views on consultation arrangements, in the midst of consultations on a pending £6m maintenance upgrade.

A meeting had been scheduled for tomorrow (14 January). The announcement of the end of BRIG first appeared in public on the council’s Future Briton website on 12 January.

BRIG was set up so Lambeth council officers and councillors could hear the concerns of Rec users, who, through the users’ group, would be consulted on major changes.

Duncan told Lib Peck: “Following the public meeting in December 2012 where you gave the commitment to secure the future of the Rec, BRUG has worked tirelessly to pursue the concerns of the Rec users.

“We have co-operated with Lambeth officers and councillors to ensure that everyone is informed as to what is being done by Lambeth council and GLL in the Rec, both long term developments and immediate issues of concern.

“The BRIG meetings have been a useful forum to facilitate exactly what Cllr Edbrooke had referred to as “our policy of openness and transparency”.

Duncan said BRUG was in a unique position to contribute to the discussions about how the Rec serves the needs of the community.

“It’s a dialogue which has functioned successfully in maintaining communication between all groups,” he said.

“We must now tell you of our misgivings about Cllr Edbrooke’s commitment to this BRIG process. We had in 2015 to formally seek her assurance of her commitment after she failed without notice to attend a meeting she was to chair and curtailed another.

“In response she simply stated that she would attend BRIG when matters of strategy were under discussion.

“This response did not demonstrate her desire to participate or acknowledge that Rec users should be directly involved in the process of securing the best in the future improvements and refurbishment.

“Together with her high-handed decision to cease BRIG meetings, this calls into question whether Cllr Edbrooke is able to fulfil the brief that her position as cabinet member for neighbourhoods requires.”

Cllr Edbrooke said that Lambeth council had commissioned detailed surveys and reinforced its commitment to retaining the Rec, not least through £6m earmarked to carry out work required to keep it “open, safe and operational” until a long-term plan for plant replacement and structural improvements by 2022 had been worked out.

But she said that such improvements and refurbishments – outlined in a consultant’s report – were beyond the financial scope of the council.

“We will actively investigate alternative streams of funding to secure the long term future of this iconic and much loved building which is at the heart of Brixton’s community and of course, will keep the public and partners informed in line with our policy of openness and transparency where council minutes and reports are freely available,” she said.

“That is where our energies should be focussed, and until such time as there is something to discuss or report, there is minimal value in retaining regular BRIG meetings which was set up because of concerns about the council’s commitment to the Rec.

“We have made that commitment absolutely clear and explained how we will safeguard the immediate future of the Rec and the difficult financial challenges in the longer term.”

The consultant’s report estimated that the cost of extensive refurbishments required in the long term would be £20-45 million.

Users’ group against getting rid of the Rec