Winners were made up of a mix of new and well-established businesses across the whole of London.

The awards were created by Dot London to celebrate the success of London’s most outstanding small businesses. The nominees were narrowed down by a panel of judges that included some of London’s most successful businesses, such as LEON, Brompton Bikes and Made.com. The winners were then decided by public vote through www.awards.london.

Each winner will receive £1000, one-to-one mentoring on how to improve their online business presence, and a free Dot London domain name for a year. 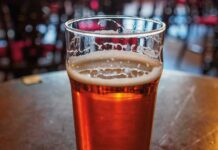