People living in central Brixton may be having their most fundamental human right – the right to life – breached by traffic pollution, a lawyer has warned.

Jocelyn Cockburn, a leading human rights lawyer, is investigating ways to use the law to stop the toll of deaths and illness caused by pollution and how to bring together the community to mount such a challenge.

“Our lives are being shortened,” she told the Blog. “If dirty water was being piped into our homes there would be a national outcry. But dirty air, which causes many deaths, does not get a similar reaction.”

Legal action is one way that pressure can be brought to bear on the authorities to clean up our air, Ms Cockburn says.

“In tandem with local pressure, legal action can help to bring change quicker than otherwise would happen. It also helps highlight the issue publicly and raises awareness of this threat to our health.”

She wants people who have been and are being affected to consider how best to use human rights legislation – itself under threat – to protect their most precious human right: the right to life and health.

“I am looking to speak to individuals who are affected by pollution. Perhaps a loved one has died and the family do not feel the link with pollution has been properly investigated,” she says

“Or else, someone who has a particular vulnerability to pollution such as an asthma sufferer or someone with chronic obstructive pulmonary disease who would like advice on possible remedies. Children are also particularly affected in respect of lung development.”

Air pollution prematurely kills far more people than alcohol, obesity and road traffic accidents put together, and is second only to smoking as a cause of death in the UK.

Pollution on Brixton Road – one of the streets worst affected by pollution in the entire country – hit the headlines when it broke legal limits for annual pollution that should cover a whole year in early January last year.

In 2014, Brixton Road had the highest number of hours where the recommend pollution levels were exceeded – 1,732 hours. Oxford Street in London’s West End reached only 1,361 hours.

If you think that you are particularly affected and want to discuss potential legal remedies against this deadly menace, please contact us newsdesk@brixtonblog.com and, if you want, we will put you in contact with Jocelyn Cockburn. 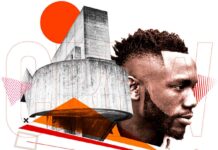 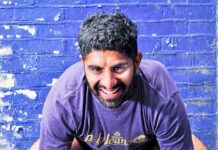 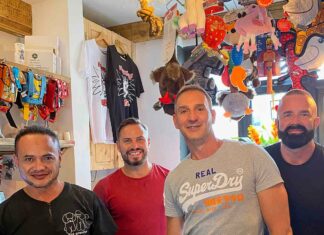 The Hound Hut is Anthony Smallman’s dream and he is joined there by pet groomer Diego Jacome. Simone Richardson and her cat Ivy investigated https://youtu.be/7Yo6tS7X3zA Just off Brixton...

Blocking the traffic in Brixton