We caught up with Norwegian singer Aurora Aksnes – best known for singing the cover of Oasis’ ‘Half the World Away’ on John Lewis’ Christmas advert – before her gig at Brixton Academy supporting Of Monsters and Men on Wednesday 25 November. 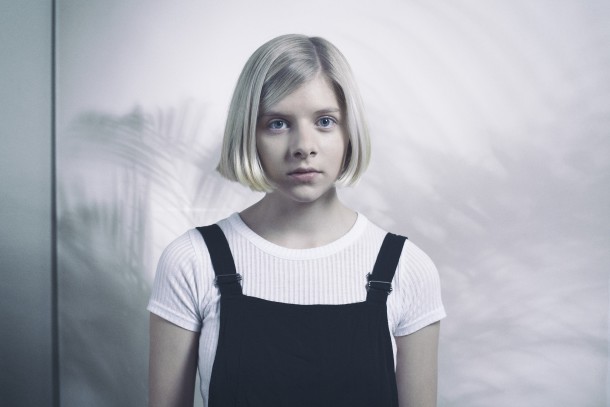 So, the John Lewis advert – how did it all come about?

I’ve been asking myself the same question! About two years ago one of guys from my publishing company contacted guys from John Lewis about it. We heard nothing. Then in June this year I was performing before Nick Mulvey at Somerset House and someone from John Lewis saw me and liked what she heard.

Did you record it specially for them? Did they choose the song?

They sent me an email asking me to record a version of Oasis’ ‘Half the World Away’. They wanted it to be open and emotional, we did the best we could. They liked the direction but wanted it a bit more quiet and simple, so we worked at it for them. I think it’s a brilliant commercial. The song is very me as well. I probably would have added a little bit more spice but I like it. I doesn’t steal any attention from the video.

Did you know what a big deal it was when you did it? Were you expecting such a big reaction?

I didn’t know at all. I just knew it was a commercial and that was it! Now I understand that it’s kind of a big deal over here. But I didn’t know before, it was kind of a shock. I’m just a girl from Norway – it’s very strange!

Did you cry when you watched it?

Yeah I did, I cried. Me and my band, we all watched the video and cried. Very moving. I cried just telling people about it. I’m really emotional, I cry a lot. 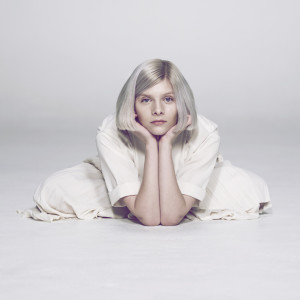 What happened after advert aired? Has it changed things for you?

The main thing is that I’m getting a bit more busy. I get to be in England a lot which is wonderful. I have lots more fans and there are lots of articles out there about me now. I feel like people are talking about me.

How does it feel to be in the same company as people like Ellie Goulding and Lily Allen, who sang on previous John Lewis adverts?

I’m like the underdog. It doesn’t seem that I fit in with all those names. It’s nice that they’re giving me a chance!

What are you doing for Christmas?

I’m spending it with my family in Norway. I’m away every day until the day before Christmas Eve so it’s going to be extra fun to finally get home. I’m just going to be at home, playing with snow a lot. Because I love snow.

This year John Lewis teamed up with Age UK to raise awareness of loneliness amongst the elderly at Christmas. Do you think this is an important message?

Yes, it’s a really important message. If you’re lonely I imagine it gets extra intense at this time of year, because it’s all about friends and family. I think it’s wonderful that they’re cooperating with Age UK this year. It’s a beautiful thing to be a part of it, I’m very proud. 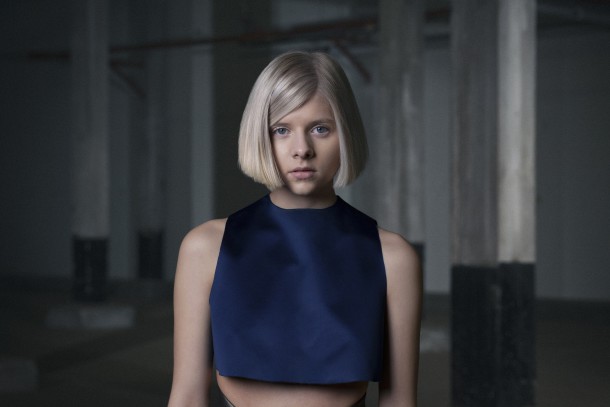 Now on to Brixton; are you looking forward to playing at the Academy tonight?

Yes I am – I’ve just been inside, it’s a beautiful venue. Really cool.

Have you been to Brixton before?

No I haven’t, it seems like a lovely place. I’m going to stick around for a bit. We have some time between the sound check and the gig.

I hear you have a debut album coming out soon – how’s work going on that?

It’s been done for a long time. It’s driving me mad, I’ve changed a lot already. It’s hard to feel you’re actually done with anything these days. I can’t wait to get it out. Then I can get on with the next album, the next day!

Is your album similar to music on your EP, Running with Wolves?

Yes, there are a few really big songs, some more intimate songs. There’s a bit of hope and a lot of darkness, and some folky melodies. It’s going to be a bit more me. I think it’s kind of schizophrenic, there are a lot of different moods and stories.

Watch out for Aurora’s debut album out in March next year.