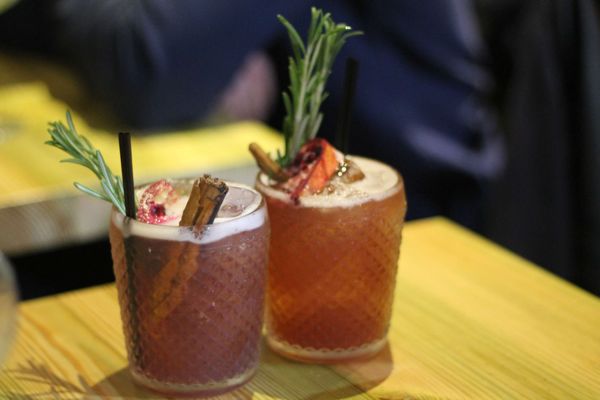 Brixton is fast becoming the hot place where your – shall we say – higher class of reality TV star chooses to open up their new restaurant venture. Following on from Masterchef winner Tim Anderson opening Nanban on Coldharbour Lane, we now have – just a few doors down – this year’s (sadly now ejected) The Apprentice contestant April Jackson opening the intriguing Jamaican fusion restaurant Three Little Birds. It makes you excited for what could be around the corner: maybe that Maitre d’H from First Dates is set to open his tapas restaurant opposite the Jamm any day now? Be rest assured: we’ll be first in line if he does.

Three Little Birds enters into a Brixton rapidly filling with chain restaurants, and particularly split by the arrival of Caribbean chain Turtle Bay last month, with some enjoying their western take on Caribbean food, but others finding it inauthentic and therefore, insulting. Whilst opinion has certainly been split on the food, the reaction to the actual company has been less ‘firmly divided’, more ‘universally slammed’, for several excellent reasons detailed elsewhere. Any company that photoshops its customers to look like Rastafarians and charges its waiting staff to wait tables is surely deserving questions being asked of it, but maybe there’s an idea that could catch on here. Tomorrow morning, why not try charging the number 59 bus to take you to work? Or maybe demand your mother gives you £200 for the affection she’s been showing you all these years?

Three Little Birds, then, has a potential to define itself in opposition: to be the plucky independent Brixton newcomer that manages to serve Caribbean food, whilst simultaneously managing to not insult its heritage.

Cocktails first: the menu has been put together by the former bar manager of Aqua at the Shard, Vital Petiot, which sounds impressive – perhaps because it’s got the word Shard in it – until you remember how underwhelmed critics were by that place when it opened in 2013. Still, the Fruit Punch interpretation is classy and moreish – you could happily spend an evening just drinking these. It quickly feels like you might be better off doing so too, as the ‘Redemption Song’ promises “a perfect drink to open the appetite before a meal”, but just tastes a bit like when the lemonade syrup has run out and you’re too polite to tell bar staff you’re basically drinking slightly sweetened carbonated water. Still, the ‘I Shot The Sheriff’ pulls things back: a daiquiri with a strong aloe vera punch and a huge head of foam is faultless.

I’m asked how I’d like my Jamrock burger cooked. It’s followed by huge amounts of confusion, as our waiting staff had never heard the phrase ‘medium rare’ before. We’ll happily gloss over how this feels like a taxi driver not knowing what a traffic light is, as the resulting jerk burger was the star of the show, a slim (you’ll be wanting to order sides) but brilliant collection of flavours. Also great: the chicken arrives in a chaotic flavour mix of honey, ginger, scotch bonnet and spring onion. The rest of what we sample however appears to represent solid efforts that are difficult to get particularly excited about: namely the chickpea curry bammy, saltfish fritter and the curry goat. 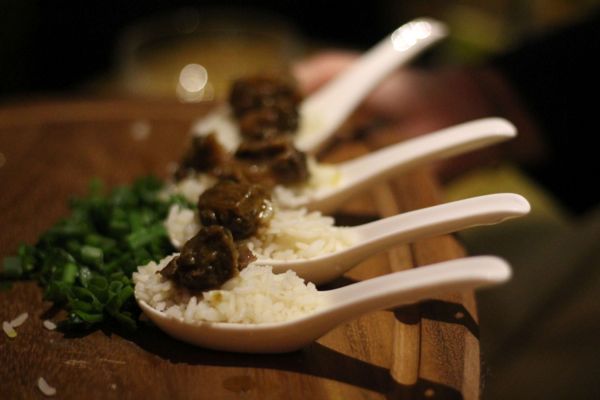 A harsh cynic might suggest that the launch of Three Little Birds has been rushed in order to fall within the timeframe of its founder appearing on a prime time BBC TV show. The (fantastic, otherwise) interior and the available menu both have a slight ‘let’s just get open and polish things up properly further down the line’ feel to them. Still, in the middle of a flood of chain restaurant openings in Brixton, anybody seeking cover will find some decent shelter on offer here.

Mark Muldoon tweets and Instagrams all the fun Brixton – and London in general – stuff here and here  respectively.

Six arrested in crack down on gangs and drugs in Brixton

Yet another Tesco Express or Sainsbury’s Local destined for Loughborough Junction?

24 August, 2014
We use cookies to ensure that we give you the best experience on our website. If you continue to use this site we will assume that you are happy with it.OKPrivacy policy