The annual Africa Utopia Festival highlights the impact of African arts and ideas on our society. We find out more about it ahead of a special takeover event for Black History Month at Brixton Library on 2 October.

The Africa Utopia Festival returned to London for its third year earlier this September, running for four days at the Southbank Centre. For the first time Brixton will play host to its final night at a free takeover event at the Tate Library.

The festival looks at how African art and ideas are changing the world, and how Africa can lead the way in thinking about culture, community, business and technology. Topics covered include fashion, gender, power, politics, sustainability and activism.

The festival has a large audience from all over the world and was set up by musician and Oxfam Global Ambassador Baaba Maal along with Jude Kelly, Artistic Director of the Southbank Centre. Keen to involve the wider Lambeth community, organisers have arranged the night at Brixton Library to bring the festival to centre of the borough.

Tim O’Dell of Lambeth Libraries explains: “Brixton really is the heart of the British black community, and has been for many years now. If you have a festival celebrating what’s best about African culture, business and community, where better to come than to the heart of this community.

“We want to make these arts accessible to the ordinary people of Lambeth who may not be able to afford the Southbank Centre.”

The takeover is sure to interest Brixtonites, whether connected to Africa or not. “It’s got everything,” Tim says. “Fantastic artists, great discussions, business development, all the great things coming out of Africa. All mixed with the culture, community and art.”

The Library takeover will be hosted by the poet and founder of Poejazzi magazine, Joshua Idehen. Confirmed artists include Grupo Lokito, who fuse contemporary Congolese and Cuban beats and Bafula, a London-based group who blend the melodies and rhythms of Gambia with western styles and raw-edged vocals.

Tim says: “I hope that having such a quality line up of artists means that people who may not have been to Brixton Library before come along and see it as their library, and a place to be. I want to get that message out as much as possible that the library is a people’s library.”

The takeover event may be the last night of the Africa Utopia Festival, but it’s the first event in the Lambeth Black History Month programme. To see what else is on in Lambeth during Black History Month, go to www.lambeth.gov.uk/blackhistorymonth. 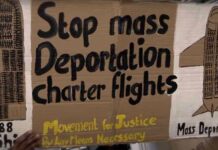 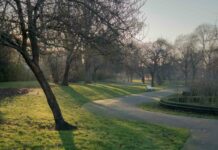 Time to be a credit to yourself and the community