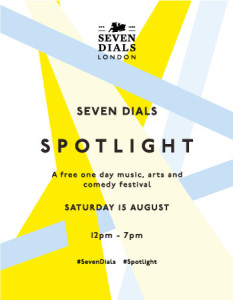 A West End coffee shop is helping to raise funds for Save Brixton Arches. Timberyard, Seven Dials, is taking part in the annual West End festival, Spotlight, to raise funds for the campaign.On Saturday August 15, Spotlight festival hosts an afternoon of live music, comedy, dance and street food in Seven Dials.As part of this, Timberyard will be putting on some live performances by several street artists, as well as music and spray painting workshops.Everything has been donated to raise funds for Save Brixton Arches.Timberyard’s Co-Founder Darren Elliott said: “Timberyard started as a small independent coffee shop so we empathise with Brixton’s traders.“Small businesses play an important part in our economy and at Timberyard we have tried to support start-ups wherever possible. We have chosen to support and assist the Save Brixton Arches campaign due to these reasons.”Save Brixton Arches is continuing to fight Network Rail against the eviction of 30 independent traders from the railway arches.149 people would be directly affected and become unemployed and 409 further people would also suffer as dependant family members.The campaign has grown over the last few months attracting almost 25,000 petition signatures and gaining celebrity support from David Hayes, La Roux, and Levi Roots.

SAVE OUR SHOPS: Network Rail plans

SAVE OUR SHOPS: street artists rally to protest evictions