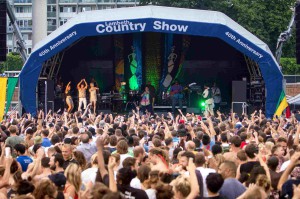 As Brixton gears up for its favourite event of the year, Lambeth Country Show have added two new acts to its 2015 lineup.

Atlantic Soul Orchestra and funk band PB Underground have been confirmed to play on the main stage on Saturday, July 18.

Peter Biggen from PB Underground said: “We feel very privileged to play at such a fantastic festival. We can’t wait to get on that stage and embrace you with our funk soul classics!”

Now in its 41st year, more than 100,000 people are expected to descend on Brockwell Park for the unique event that features live reggae music alongside traditional countryside pursuits.

For 2015 it has been given new timings, now running from 12pm until 8pm, and named ‘The Festival of Love’ to tie-in with the Southbank’s own summer-long festival of the same name. 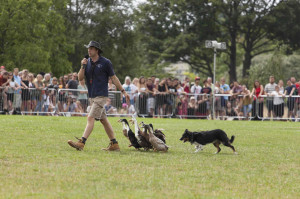 More than 300 attractions have been lined up across the weekend of July 18 and 19, including: a fun fair, horse jousting, dog display teams, food and drink, flower displays and animals from Vauxhall City Farm.

New additions to the show include the Eco-zone – where there will be “energy-producing boutique toilets” and an onsite bee hive and the Festival of Rugby – where local club the Old Alleynians will be showcasing the sport.

Also performing are soul disco act Odyssey. On Sunday Kenyatta Hill from legendary band Culture will be leading the party, as well as reggae groups Misty in Roots and Rasites.

Cllr Jane Edbrooke, cabinet member for neighbourhoods, said: “With only two weeks to go until the Country Show and final music acts being confirmed, excitement really is building.

“There is so much on offer, it’s free to come in and a great opportunity for the people of Lambeth to welcome everybody to Brockwell Park for what will be a brilliant weekend.

“The organisers – Event Lambeth – deserve huge credit for the work they put in.”