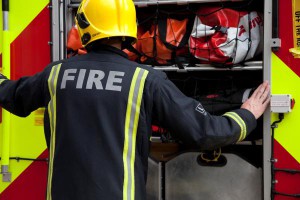 18 people were rescued today after a fire broke out in a Brixton flat.

The Fire Brigade were called to a block flats on Upper Tulse Hill just after 12pm.

Chris Hawkswell from the London Ambulance tweeted: “We are at a fire in #Brixton with duty officer Andy on standby with @LondonFire & @LambethMPS. Currently no patients.”

Part of a ground floor flat in the block was damaged in the blaze and the cause of the fire is under investigation.