In the first of our series of interviews with Brixton’s freshly elected MPs, our News Editor Anna McKie talks to Helen Hayes. 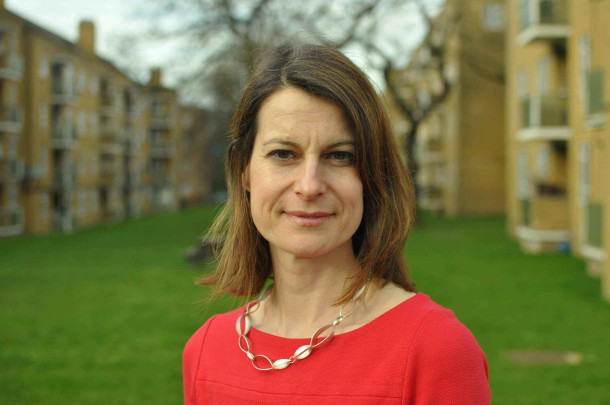 Entering the House of Commons as an officially elected MP was a surreal experience for Helen Hayes. “It was like when I visited New York for the first time in my twenties: it all looked so familiar but I didn’t actually know it at all. And I kept getting lost.”

The newly elected Dulwich and West Norwood MP is sitting in Westminster, wearing a smart grey suit, to talk to the Brixton Bugle about her plans for the borough and explain why there is no conflict of interest between her support for Save Brixton Arches and her previous work for Allies & Morrison, the architectural firm which has controversial links to the development there.

Hayes, 40, was selected to take over from Tessa Jowell at this year’s General Election and retained the seat for Labour in May with 54.1% of the vote, increasing the party’s share by 7.5%.

Speaking to Hayes on election night at Brixton Recreation Centre, where the vote was counted for the three Lambeth constituencies Dulwich and West Norwood, Vauxhall and Streatham, she seemed a little overwhelmed, unlike Kate Hoey and Chuka Umunna, who are already seasoned Labour MPs.

However, several weeks later Hayes is already revealing a steely determination and quickly dives into the serious problems in the area: “Housing is the biggest issue across the constituency,” she says. “Not just in Brixton.

“The problem is affordable housing because at the moment we have a definition that belies the term. 80% of market rent is not affordable for the vast majority of people. Had we got a Labour government we would have changed that definition. We need to keep up pressure on the mayor and the Tory government. We need to resist things like the government’s proposal to extend the right to buy to housing associations because that will lead to a reduction in the amount of affordable housing that’s available.

“In Brixton,” she says, “there are a lot of issues in the town centre that we need to work on.

“I want to see changes in policy to make it easier for councils to protect rents for businesses, particularly when there’s new developments, in the way that there is provision for affordable housing as part of the planning process. I think the same should apply, especially in London, to affordable business space.

“Its important that while there is investment and new jobs coming to Brixton – which is a good thing – we keep a really close eye on the balance and the mix and the character of Brixton. We don’t want to end up with a place that we don’t recognise.”

Earlier this year Network Rail announced plans to refurbish the Arches between Brixton Station Road and Atlantic and Pope’s Road. While the work is going on, all the businesses operating there will be evicted, for a year, and tenants have been told when they return they can expect to pay tripled rents. Hayes has spoken on a number of occasions against Network Rail.

“The situation for the traders in the Arches is crucial,” she says. “As I’ve said before: there is no excuse for a publicly funded body like Network Rail to be proposing such dramatic increases in rent.”

However, in April there was controversy when it emerged that Hayes had once been a partner at Allies and Morrison, an architectural firm that was employed by Lambeth council in 2012/13 to write a supplementary planning document for Brixton. This document said: “In conjunction with Network Rail, more railway arches should be brought into active use and the appearance of existing commercial arches improved.”

“There is no conflict of interest there,” Hayes says. “The company that I used to work for wrote a document for Lambeth providing a planning policy for Brixton but I had no personal involvement with it at all. I was a councillor in Southwark at the time and took a decision that Brixton was close enough that I shouldn’t be involved in that work.”

However, redevelopments are not the only problems that lie ahead for Brixton. “I think local health services are experiencing some really big challenges at the moment: King’s College Hospital has a £47 million deficit on its budget. If that isn’t sorted we’ll have some real problems.”

She remains buoyant about the prospects for Brixton nevertheless.  “I think it is an incredibly special place. Its got such a rich history, one that has been quite tough in lots of respects. Out of that has come a very strong community and a very strong mix of businesses and people from different walks of life living and working alongside each other. When I moved to Brixton in 1996 it felt like the centre of the world; it still feels like that in many ways – we have to hang on to the character of Brixton, we have to keep it special.”

It will be interesting to see how well she succeeds.