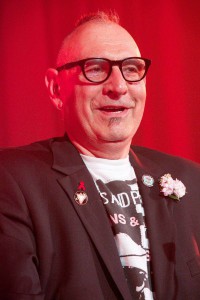 Jonathan Blake, an original member of the Lesbians and Gays Support the Miners group, has been  awarded an Attitude Pride Award.

The annual event, hosted by Attitude magazine, celebrates 12 people who have made an outstanding difference to the lives of those in the LGBT community.

Blake, 66, lives in Brixton and his story was told in the 2014 film Pride, in which he is played by Dominic West.

He told the Brixton Bugle: “I felt very, very humbled on Friday.

“I felt that I was amongst truly extraordinary and inspirational people and I felt so honoured to be chosen by Attitude magazine amongst all the other recipients.”