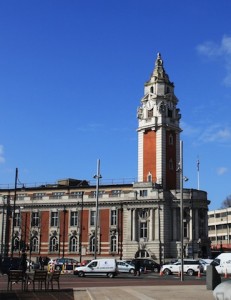 All roads in Lambeth are to be given a 20mph speed limit.

From November, streets under the control of Lambeth council will be given the new speed limit, as well as two major Transport for London (TfL) routes.

The council says the move is part of its aim to have “the safest and greenest streets in the capital.”

Most of the roads in the borough are controlled by Lambeth but TfL are also piloting a 20mph limit in Brixton Town Centre, between St Matthews Road and Stockwell Park Walk, and Clapham High Street, between Clapham Park Road and Bedford Road, which forms part of Cycle Superhighway 7.

The new speed limits will be marked with signs and road markings.

Cllr Jennifer Brathwaite, cabinet member for environment & sustainability,  said: “We want safer streets in Lambeth; streets where people enjoying living and working and where they feel safe to walk and cycle.

“A 20mph limit will reduce the number, and severity, of accidents on the roads and improve air quality by encouraging more sustainable modes of transport.

“Many of our roads are already 20mph – we have seen the benefits it brings and the majority of Lambeth residents want to see calmer traffic on their streets.

“It’s about people acting responsibly to make the borough a better place for everybody – and motorists have a part to play in that just as much as anybody else.”

Local Elections 2014 – your handy guide to voting in Lambeth