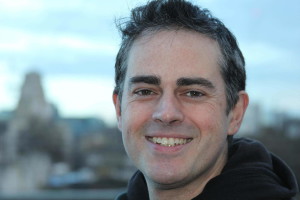 Streatham Green Party member Jonathan Bartley has launched his bid to become the next mayor of London.

Bartley, who was the Green candidate for Streatham at this year’s General Election, announced he will be running to be the party’s London Mayoral candidate.

He joins Sian Berry, who stood as the 2008 mayoral candidate, Tom Chance and Caroline Russell.

The General Election showed that the Greens have recently become a much stronger force in Lambeth.

He told the Brixton Blog: “Following the general election, the ‘Green Surge’ and the increasing profile that the party has many Green Party members are looking for a mayoral candidate who can hold their own in public debate.

“They are also looking for someone who can show that the Green Party has credible policies in a wide range of areas and appeal beyond its core support.

“My experience of working in Parliament, my campaigning track record, as well as taking on Iain Duncan Smith over his pernicious welfare reforms during the general election, are the main reasons why Green Party members asked me to put my name forward.

“On a personal level, I have lived in London all my life, and have a passion for it. I am standing because I see so many things that we have to put right.

“Tens of thousands use foodbanks, housing isn’t remotely affordable for those who just want to have a decent place to live, over 4,000 die each year because of poor air quality, and our transport system is too expensive and hardly fit for purpose.

“These things are fixable. London is the fifth wealthiest city in the world.  It’s just that austerity, inequality and a lack of political will are holding back the city’s aspiration. The right Green mayoral candidate can help shift the whole agenda on these issues.”

Brixton Calling: Talking to Ray Murphy of Budget Carpets in the...

Election night in Brixton: the results from Vauxhall, Streatham and Dulwich...