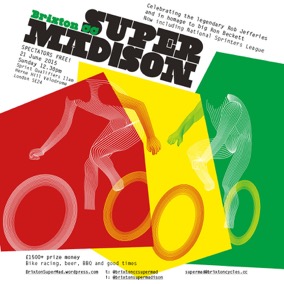 The track cycling event is taking place at the Herne Hill Velodrome and is free for spectators.

Other parts of the programme include: Sprints, which this year will be part of the National Sprinters League so will likely attract some of the best track sprinters in the country, Keirin, where the riders follow behind a small moped-type bike called a “derny”, the Ron Beckett Double Harness Pursuit , a ‘mixed doubles’ madison pursuit, as well as a full programme of women’s and support endurance races.

There will also a tent selling beer from from Canopy Beer Co, which is brewed right next to the velodrome, as well as a jerk chicken barbecue and a coffee stand.