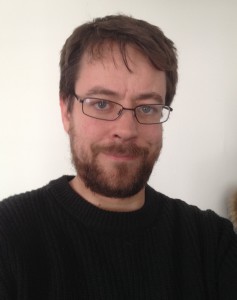 Left Unity is in favour of scrapping Trident to pay for a massive expansion of house building. We will invest to build half a million new council homes over the next few years and put the thousands of people on the waiting list in Lambeth in homes. We do not see council homes as only expenditure because they pay for themselves over the course of their life time through rent.
We will introduce rent controls in the private sector to end exploitation by landlords.
We will also scrap the right to buy and introduce a right to sell your flat back to the council.

Left Unity is in favour of reducing rates for small business and is against moves to close down local shops and stores in the interests of gentrification or big business, for instance the attempts to close the shops under the railway arches.

Local schools have improved in recent years though they are under strain because the government’s choice to introduce Academies and Free Schools leaves local schools isolated and less connected and supportive of each other. The ridiculous obsession with Academies reached its peak with the opening of Trinity Academy, a Michael Gove pet project with only 17 students starting in the school last September. This is in a time when we urgently need more primary schools not vanity project secondary schools.

As a teacher I am also concerned about the workload of teachers, the introduction of performance related pay (even though there is no evidence it improves teaching) and the excessive assessment and pressure on students. Left Unity as a party is committed to a reimagining of what education means in our country. We want education to be student centred, emphasise creative and critical thinking and importantly be fun. Instead the current ethos is towards Victorian values of education which runs counter to any common sense understanding of how people learn when they are young.

I am a local anti-cuts activist who is completely opposed to the cuts to the local budget. What is needed is a movement of resistance to force the council to change their strategy on this and to put more pressure on central government to increase funding for local government. The closure of libraries is an absolute scandal and likely means that the council cannot meet its statutory obligation for service provision.

We need to encourage more people onto public transport by renationalising buses and trains and reducing the ticket prices. We also need an urgent and swift planned shift away from fossil fuel emissions towards renewable energies over the next 20 years. This will help tackle pollution locally as well as saving the planet from climate change.