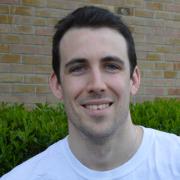 As far as social housing in the area is concerned – I believe that we should be renewing our social housing – not selling it off to developers who have a close relationship with the Council. I strongly support the attempt of those in Cressingham Gardens and in ‘Short-Life’ housing to retain their community housing.

We have seen a great deal of development in the area recently – but the new flats that are being built are not benefiting those who already live in the area and who call it home. This allies with the issues that we see in the private rented sector – over 1/3 of those living in Brixton are in private rented accommodation – paying ever higher rents but still having no certainty of tenure.

I would introduce regulation on letting agents, so that they can no longer egregiously act against the tenant and in the interest of the landlord and instead would be a neutral agent. Whilst other parties may be suggesting rent caps – which are superficially attractive – they have been proven to work against the interests of tenants as it encourages black market pricing and the dangers that go alongside that.

In terms of trying to enable those that want to purchase their own home in the area – I would scrap the Tory and Lib Dem Help to Buy Scheme and cancel the Bank of England’s Quantitative Easing (QE) program. This is a way of making Credit cheap, and so encourages people to borrow ever more money and invest it in property. Far from allowing people to ‘get on the ladder’ it has just continued pushing up housing prices to even more unaffordable levels. For every person that has benefitted from ‘Help to Buy’, there are 5 more that are now further than ever from being able to buy their own home due to ever increasing prices.

Finally, we would institute a Land Value Tax alongside Planning Reform. This is a way of taxing people’s use of land, and so is a very efficient way of getting tax payments from people who would otherwise pay nothing (foreign owners of empty flats that are just ‘parking’ money) as well as of encouraging the best use of land. It would also ensure that developers were incentivised to build and sell houses as soon as possible, as there would be a cost of ‘land-hoarding’.

One the best things about Brixton and this area of South London is the wide range of individual businesses that cater to local needs. We need to regenerate and re-invigorate this, not allow Brixton to become just another generic town centre. I believe that the impending redevelopment of the railway arches is a key example of this – the council should be doing more to ensure that traditional and local businesses are given somewhere temporary whilst work is ongoing, and to ensure that they have the first right of return.

In practical terms, Land Value Tax (LVT) is a good way of supporting local businesses – as you can have a lower rate of tax for local businesses, or businesses that can be shown to be assets of community value.

In terms of new developments – we should be looking to the digital economy where future business growth will lie. One unique Pirate Party policy is the spread of Free Wifi throughout public areas and to ensure a minimum level of broadband service to all. This will help all those digital micro businesses and start-ups in the area of people who work from home who need certain connectivity.

As a Governor of a primary school in Vauxhall, as well as a father of 2 small boys – I know how critical education is to our young people. The improvement in Education results over the last few years in London is astonishingly impressive – but must be continued and improved upon further.

I believe that we should let teachers teach and not persistently change the goalposts, structures and requirements that leads to inefficient use of teacher time by changing the ways in which they need to work.

In Vauxhall specifically, I am supportive of the expansion of schools such as Archbishop Sumner, which have shown that they are currently over-subscribed, and where parents, staff and governers are in favour of such expansion. I would also support improvement by continuing the Pupil Premium scheme started by the coalition government that ensures schools have a focus on those pupils most disadvantaged in society.

At the higher levels, I would support Higher Education and our Adult Education Colleges by making sure that Education is a lifelong right – anyone should be able to learn at any stage of life.

Whilst the local Labour-run Council has had to make cuts due to the financial restrictions imposed by the Coalition government I don’t believe that they are considering this in the most helpful way.

It is very easy to make surface-level cuts in leisure and cultural opportunities, as they appear to be costless. The long-term effects can however be catastrophic. It is for this reason that I am strongly against the proposed Library cuts – the Victorian concept of the library was the internet of its day; it provided the opportunity for everyone, regardless of  background or status, equal access to culture and knowledge.

The Pirate Party believes in the principle of free and open transfer of knowledge to all in society – so I think that we should be  much more imaginative about what ‘libraries’ provide by way of services.  If they are to fulfil in a modern world that principle of open access to knowledge and culture then they should be transformed into open access community hubs – buildings, at the heart of the community, which all can visit.

On the leisure side – again we need to consider the long-term consequences. Cutting back on leisure provision may make short-term gains, but at the long-term expense of increased obesity and ill-health. We propose enabling a much more integrated view of budgeting, so that where Healthcare budgets are saved from a healthier population, the farsighted council doing this gets some benefit and so is incentivised to do so.

The high pollution levels in the area are principally due to the large levels of motor traffic. If we can reduce our use of motor vehicles, it will be beneficial to all. We believe that the benefits of all modes of active transport are poorly recognised in the UK at present. Using active modes of transport such as walking or cycling for local journeys reduces the amount of traffic clogging the roads, creating shorter journey times for drivers, better health for the nation and cleaner air for everyone.

The biggest barrier to cycling in the UK is the poor state of the infrastructure. This is a result of two main factors:

– Lack of funding, resulting in dangerous compromises and conflicts with other road users

A national design handbook would put an end to the haphazard, compromise-ridden infrastructure that we see every day. We would adopt the “Making Space for Cycling” handbook to ensure that any infrastructure created is coherent and safe, while ensuring smooth, fast and direct journeys for cyclists.

We would pay for this by committing a transport budget of £20/person per year. This is double what the Netherlands spend to develop and maintain their world leading infrastructure – but the UK is playing catch-up. Safeguards would be put in place to ensure this money is only spent on infrastructure that primarily benefits cyclists.

The overall success of this effort would be evaluated after five years, and the budget adjusted accordingly. We would consider a reasonable target is to increase cycling modal share in Lambeth to 20% within the next 5 years.