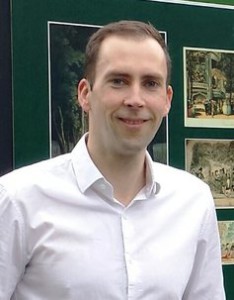 But I recognise that housing remains a critical issue across Vauxhall and indeed across London. As our population grows and more people live alone, we need to ensure there is sufficient housing stock in Vauxhall, across London and across the UK overall. Indeed, building more good quality homes where they are locally supported and helping people to realise their dream of owning their own home, and enjoy the security and stability that comes with that, is a key part of the Conservative Party’s long-term economic plan that is helping to secure a better future for Britain.

Locally in Vauxhall, we need to ensure that there is a sufficient supply of affordable homes and that private renters and leaseholders are protected. We need to get empty homes back into use and bring redundant brownfield land back into use, and support first time buyers to get on the housing ladder, for example through building new starter homes. Some practical measures can help locally. For example, the Conservatives have made it easier for empty commercial property to be converted into housing, so adding to the housing supply. However, Labour Lambeth opposes this – meaning such premises are left empty. In addition, the Government has paid £100million into the Decent Homes Scheme, which is used to directly improve social housing in Lambeth. However, in 2014, Lambeth still had some 9000 properties which did not meet this standard, whereas Conservative-run Wandsworth has reduced their non-decent home count to zero.

A large number of people in Vauxhall are also renting homes from private landlords. We need to ensure that renters are properly protected, without reducing the supply of homes available. For example, the Conservatives are helping councils tackle rogue landlords and have ensured that tenants have proper access to redress, such as around lack of transparency around fees and charges.

Finally, there are also other issues which need to be resolved in Lambeth and where the council has let down residents. Lambeth leaseholders have been ripped off by eye-wateringly high service and renovation charges and as MP for Vauxhall I will be on the side of leaseholders and tenants in seeking reform in how Lambeth manages its housing stock.  Secondly, as the council has now generated the money it was looking for from its sale of short-life tenanted properties, I believe the appointment of new Chief Executive provides a suitable opportunity for Lambeth to revisit this policy.

It would be great to see more small and local businesses in our area – they are what give our high streets their character and often offer much more variety than chain stores.

I live in Kennington, close to Vauxhall centre and have seen first-hand the great work that the BID team does in Vauxhall, to help encourage business and to encourage local people to support those businesses. I would like to see similar BIDs established throughout the constituency, if there is the demand from local businesses.

More children now go to schools rated by OFSTED as good or outstanding than ever before. However, we should never stop in trying to improve the quality of education our children receive. Over the last five years, Lambeth has been far too reluctant to support parents and other local groups who want to improve and expand education provision in Lambeth – for example, doing its best to block new free schools which would have increased the choice for local parents, and preventing a popular local primary school from expanding.

I believe parents and teachers know best about how to improve education and not bureaucrats and councillors in the Town Hall. I will be on their side. We also need to encourage education and training for school-leavers as well. Over the last five years, almost 2500 youngsters in Vauxhall have started an apprenticeship, putting them on a road to a long and successful career. The Conservative Party will expand that apprenticeship programme, so that more young people in our area can benefit.

Additionally, along with other local Conservatives, I believe that local people should be more involved in the management of our parks and commons. All too often Friends Group and Management advisory committees are ignored with Town Hall bureaucrats making decisions behind closed doors. Despite this, the recent Cultural consultation published by Lambeth Council made clear that there is a big funding gap for the upkeep of our parks. The alternative budget proposed by our Councillors would look to make savings from administrative functions and through new, innovative ways of working rather than damaging frontline services.

High traffic levels are one of the major causes of pollution in our area, which is surrounded by some of south London’s major roads. To reduce this, we need to encourage more people to move out of cars for journeys which could be carried out by other means of transport, or on foot, so that congestion is reduced. But it is important that this is not done by penalising drivers, or by TfL shifting unduly through traffic onto local side streets (as will result from some of their recent schemes), but rather by improving provision for other forms of transport – most notably, through long term measures to increase capacity on the Northern and Victoria lines, to support our bus network (including not dismantling Vauxhall bus station), and through making sure cycling is as safe and easy as possible. For example, I would like to see TfL consider introducing new bus routes from Clapham directly into the city, and also to consider ‘express’ bus routes, or limited stop buses in rush hour, to encourage more commuters onto buses; whilst I have also been working with our local councillors to press for the roll out of Boris Bikes further into our constituency.

More generally and across the country, in the long term we need to continue to encourage investment in new green technologies, through institutions such as the green investment bank, for example.