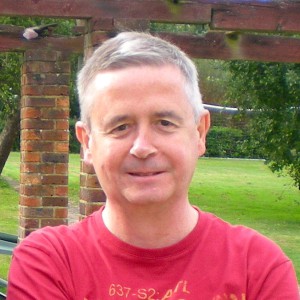 There is a national housing crisis, and it’s especially acute in London. It can only be addressed by a mass building programme of decent, genuinely affordable public homes.
In Lambeth, that would mean halting all development of luxury housing. Instead we would use that land to build thousands of council homes. If there’s not enough, TUSC would take the land from private developers with compensation paid only on the basis of proven need. All vacant properties should be taken into public ownership to create homes. And waiting lists and estate administration should be put under the democratic control of tenants’ groups and trade unions.
The private sector also needs to be fully regulated. TUSC fights for compulsory registration of private landlords, and immediate rent caps to bring the private sector down to social rent levels. Rogue landlords should be de-registered, and their property taken into council hands.
And ending all subsidies to private landlords would raise £26 billion towards our target of a million new homes nationally.
2. Local business
Small, local firms should have business rates that are affordable, and allow them to pay all employees a minimum wage of £10 an hour.
TUSC would argue for lower rates for small businesses, especially if they employed local unemployed people. All employees — including apprentices — should be on £10 an hour, with proper training, job security and trade-union regulated conditions of employment.
We would pay for this by an increased levy on the big businesses that are choking small business out of existence. We also support Brixton market, the Brixton pound and the campaign to stop the railway arches evictions.
3. Education
Local schools in Lambeth have a good record, but like everywhere are suffering from education cuts. TUSC fights for more resources in education across the board.
We oppose all privatisation — including steps towards it such as “free school” and “academy” status. We would place all schools under the democratic control of local parents, teachers and students — starting with the “free schools” on Brixton Hill.
Unlike other groups standing for election in Lambeth, we supported the Lambeth College strike and attended their picket lines every week.
4. Leisure/Culture
To get Lambeth back to where it was, TUSC would immediately reverse all the cuts and closures of the last 25 years.
The UK is a hugely wealthy nation. Around £800 billion stashed away unspent in the coffers opf big business, £120 billion is missed in taxes each year — the list goes on.
This money should be reinvested into areas like Lambeth so the community can have the resources it needs. We want these resources planned democratically by tenants’ groups, trade unions and the council — not the sham ‘co-operative’ schemes Labour has foisted on us to cover up cuts.
5. Environment
Lambeth needs a fully developed, integrated and truly affordable transport system. We need cars replaced with low-emission forms of transport.
The pollution levels are a disgrace, especially in Brixton. I would advocate pedestrianisation where possible, and especially near schools.
What Lambeth really needs is a London-wide public transport system. We want all bus and rail companies brought back into public ownership, a massive reduction in fares and an increase in rolling stock. This would reduce car journeys and so pollution levels, as well as reducing the huge burden of transport costs on so many ordinary people.
TUSC would also develop a major network of safe cycle lanes, with schemes to educate local people in cycle use and safety. We would employ ‘Road Guardians’ so children could be escorted safely to and from school, massively reducing the school run.
Finally, I would argue for a major tree-planting programme. The ‘London plane’ is extremely good at soaking up pollution without harming the tree itself. The Victorians worked this out some time ago, and it’s about time we took advantage of it!