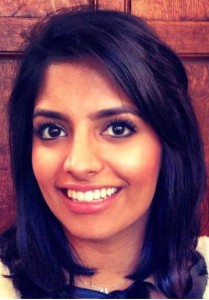 I believe everyone should be able to live in a decent and good quality home. A serious concern I have with Lambeth is how it treats the social housing and estates. I have been approached by residents from Windsor Grove estate and Central Hill Estate where the council has allowed the housing to fall into a state of disrepair. In Windsor Grove, residents have had to spend over a year waiting for work that was deemed urgent, and are having to live with damp, mould and holes in their windowsills. It is cheaper to regenerate Central Hill Estate than to repair it – a matter that should have been addressed in the past, rather than the current solution of breaking up a community.

At the last count in 2014 Lambeth had roughly 9,000 non-decent council properties which were not fit to live in- a waste given the number of people on waiting lists in need of a home. (By comparison, Conservative-run Wandsworth has reduced theirs to none). I am pleased that the Government has paid £100m into the Decent Homes Scheme, which is directly used to improve social housing in Lambeth.

We need to build more good quality homes where they are needed. In 2008-09, house building fell to the lowest level since the 1920’s – one of the reasons that we have such a shortage of housing now. Since 2010, the Conservative Party has helped to deliver over 700,000 new homes including 217,000 new affordable homes.

I agree with the Conservative policy of making it easier for empty commercial property to be converted into housing adding to the housing supply and am disappointed that Labour Cllrs in Lambeth are against this. Across the UK, this has brought 135,000 empty properties back into use and has benefitted us in Lambeth. If elected, I would address the matter with Lambeth Council and encourage them to address the thousands of non-decent properties in Lambeth so that we can ensure people have access to the homes they need. I am pleased that from 2015, we have commited to building 275,000 new affordable homes and a further 200,000 starter homes for first time buyers.

If elected, I will be on the side of leaseholders and tenants in seeking reform in how Lambeth manages its housing stock. I will also continue to champion policies that enable people to have access to a clean, affordable home.

My parents run a small business – I spent summers helping them in the office and factory and I have seen first-hand, the hard work and commitment that goes into running a successful business.
In Dulwich & West Norwood, we are lucky to have such a vast array of small businesses and independent shops and I will do my best to encourage them. I have already run a Small Business competition to recognise the brilliant small businesses we have in the constituency and would continue to do so in order to highlight the fantastic contribution they make to our high streets and economy. I think developments that will help increase trade locally and that provide a social benefit to local residents should be welcomed and encouraged.

To try and encourage small businesses locally, Lambeth Conservative Group’s alternative budget, which was fully approved by council officers, included a business rate rebate for local businesses. Unfortunately this was vetoed by the Labour councillors on Lambeth council so local businesses in Brixton will be paying higher business rates than we would like.

I, and the Conservative party are on the side of small businesses – we have cut corporation tax, doubled small business rate relief and have scrapped £10billion worth of red tape.
If elected, I would continue to recognise local small businesses and to hold regular jobs fairs in order to help SMEs recruit staff and to help reduce unemployment.

We are very lucky to have a range of fantastic schools in Dulwich & West Norwood. However, due to Labour cutting funding for 200,000 primary school places when in Government, our schools are increasingly under pressure. The Free Schools Policy has done a fantastic job to address this – we have two new primary schools that have opened already and by next September we will have another Primary and a new Secondary. I, along with local Conservatives have campaigned for the schools to be opened alongside local families and I am passionate about ensuring that every child has access to a great school.

I am particularly pleased that a million more children now go to schools rated by OFSTED as good or outstanding than in 2010. In 2010, 1 in 3 children left primary school unable to read, write or add up properly. This was appalling and will damage a generation’s future. I was disappointed that Lambeth has put party politics ahead of our children’s education by trying to block new free schools which would have benefitted local families.

I believe that we need to listen to local families and teachers about where schools are needed most. I will campaign alongside them to get new schools in Dulwich and West Norwood so that every child can have a great education.

Dulwich & West Norwood has some brilliant opportunities and resources for leisure and culture. We are spoiled for choice with Brixton market, the West Norwood Feast, the Herne Hill Velodrome and Brockwell Park to name a few! The protection of our local leisure and cultural opportunities is really important to me and that is why I am keen to work alongside the local “Friends of” groups to ensure decisions made are the best for local residents.

I am particularly keen to see our local libraries protected. West Norwood library has been neglected for years now and is an example of a valuable resource that benefits local children and local society, whilst Carnegie library’s funding is under threat. Nearly half the library budget goes on town hall bureaucracy. If Lambeth’s library overhead costs were the same as the average London borough, then another £2 million would be available to spend in libraries every year.

The Conservative Council in neighbouring Wandsworth delivers better services, with higher ratings in 16 of the 22 most important services to local people. Despite this, Wandsworth Council spends £312 per person compared with a £766 per person in Lambeth. This means Band D Council Tax in Labour Lambeth is £542 a year higher than it is in Conservative Wandsworth. The government has helped hard-pressed families by giving Councils funding to freeze council tax for four years.

I want to see Lambeth council manage funds more efficiently so that our communities can have access to the resources we deserve.

I believe that more should be done to encourage more environmentally friendly forms of transport. The Boris Bike scheme has been a great success and I would like to see it extended further south so that we can benefit from having easily accessible bicycles in Dulwich & West Norwood.  Currently, there are 1,200 diesel-electric hybrid buses running through the Capital and by next yeat, this will increase to 1,700 when they will make up 20% of TFL’s bus fleet. These buses reduce emissions of CO2 by at least 30% compared to conventional buses. Nine hundred of TFL’s older buses have been retrofitted with technology to reduce emissions which will greatly improve London’s air quality. In 2012, the first diesel-electric hybrid vehicle was introduced and is the greenest bus of its type anywhere in the world. I am pleased to say that more than 800 of these buses will be in service across around 20 routes by 2016.
If elected I will campaign for further solutions to the pollution in South London and will also be keen to encourage research into potential ideas such as using disused underground lines as safe bicycle and pedestrian highways.