Reclaim Brixton was, as Jose says in the comments below, a largely peaceful event that united residents and community groups across Brixton in a protest against gentrification which pushes people out of the local area in favour of big money. Save Cressingham Gardens, Save Brixton Arches, and the Guinness Trust campaign marched alongside groups such as the Brixton Rec User Group, ASC artists and many passionate Brixtonites to collect in Windrush Square for music and speeches. Over at the arches, there was a moving moment as the businesses closed their shutters and supporters joined hands around the block to protest against Network Rail’s eviction plans. The London Black Revs had organised a separate march in Brixton Village, but soon all joined together in chants of “Whose streets? Our streets. Whose Brixton? Our Brixton.” It was a morning to be savoured, when everyone came together to defend the area we love and shout about the many injustices happening here, from evictions at Guinness Trust Estate to the uncertain future of the arches.

In the afternoon, the town hall was stormed and Foxtons windows broken. Those arrested by the police did not come from Lambeth, or even London. You can read about that here. Below is a set of photos from the morning march and event in Windrush Sq, more of which you can find on our Flickr.

UPDATE: This post was updated on April 30 to remove the word ‘halves’ which was meant to simply denote the morning/afternoon but caused some debate among readers 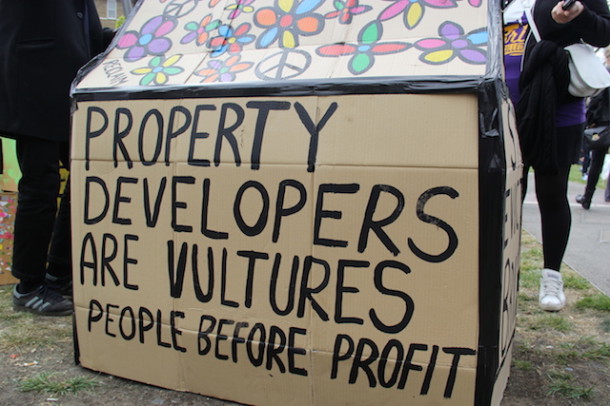 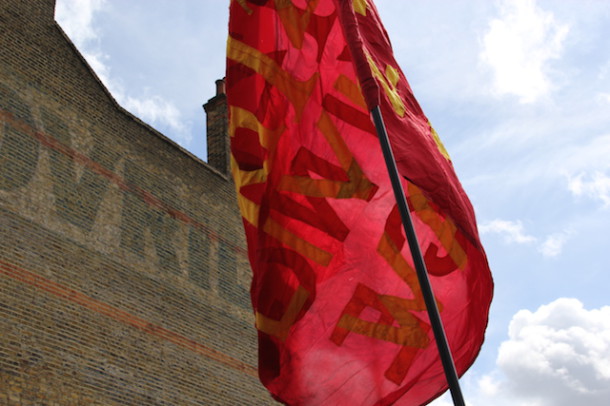 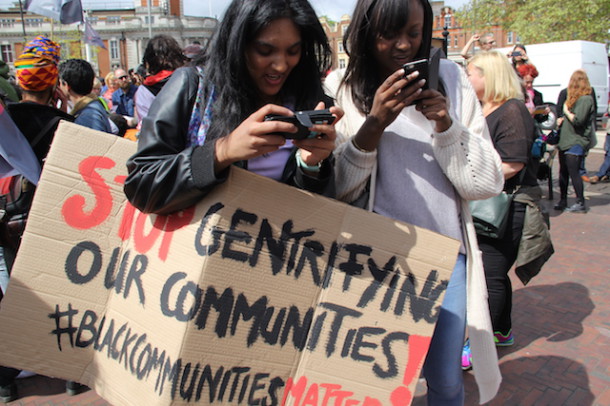 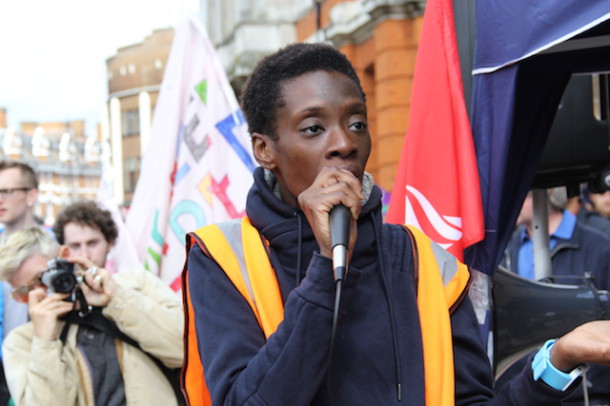 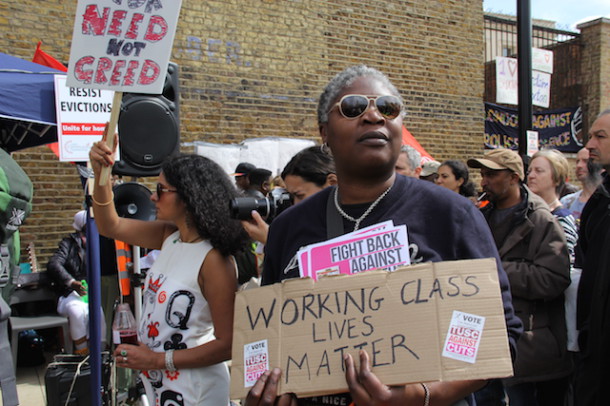 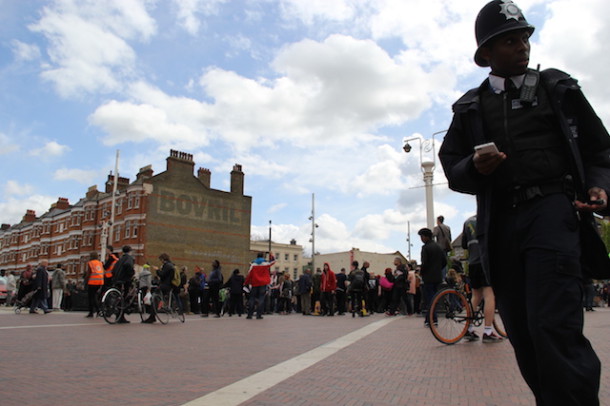 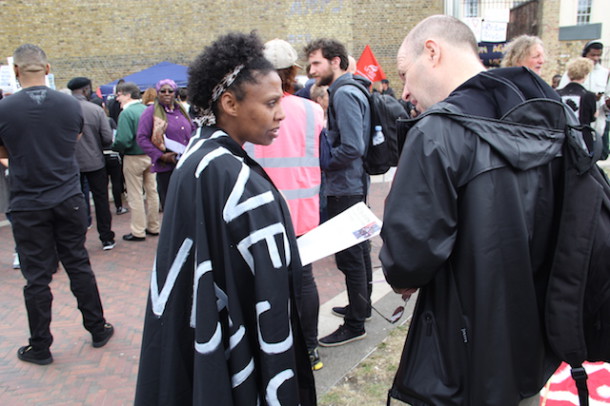 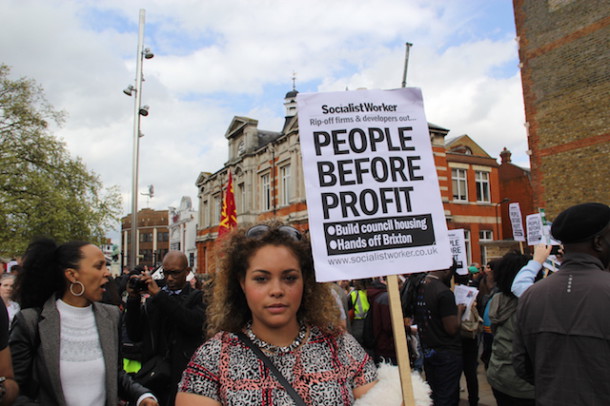 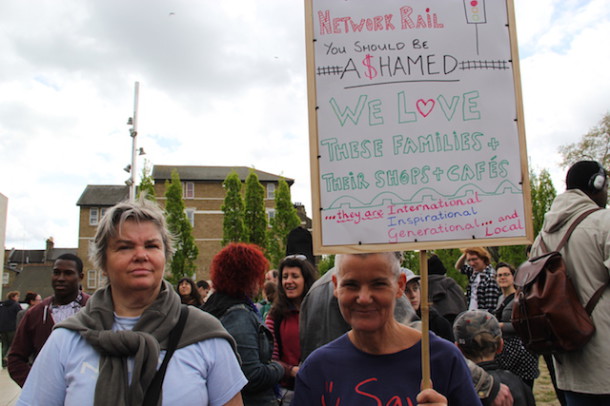 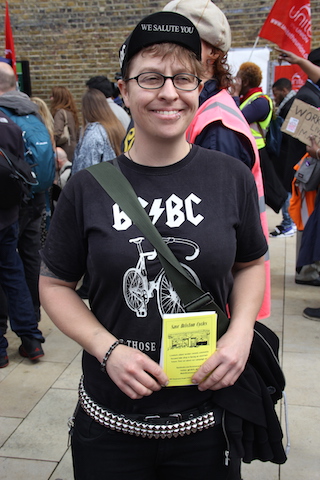 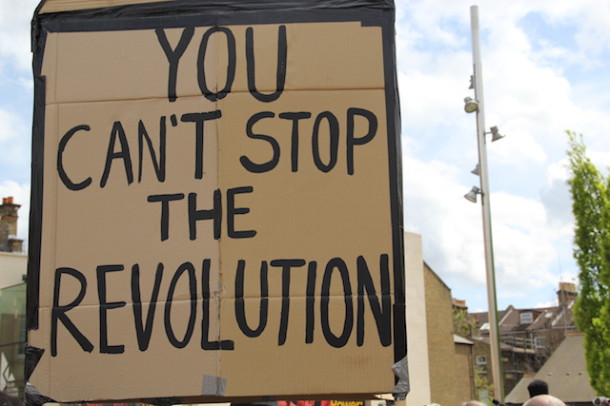 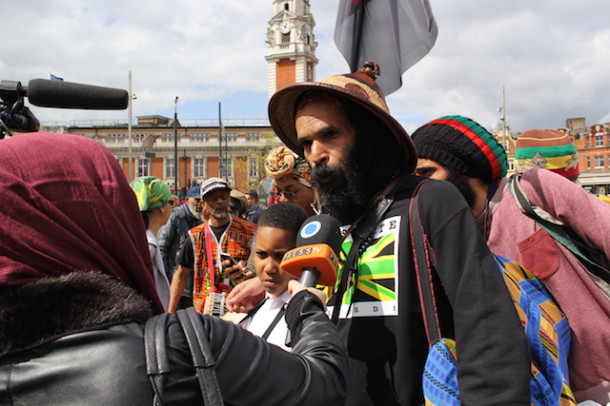 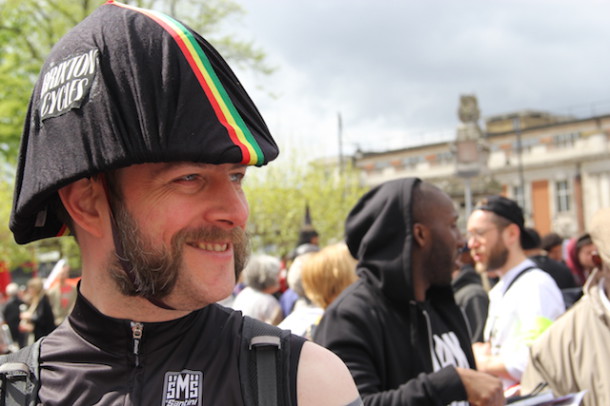 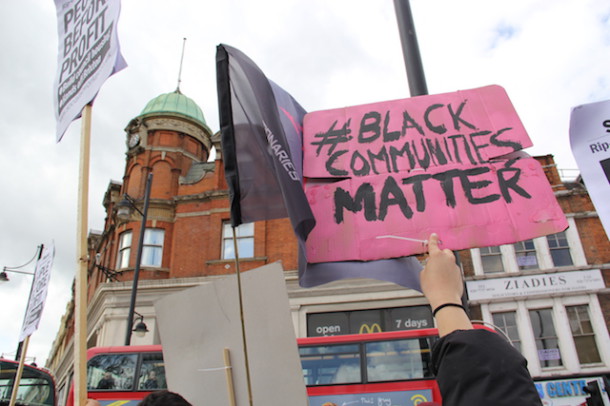 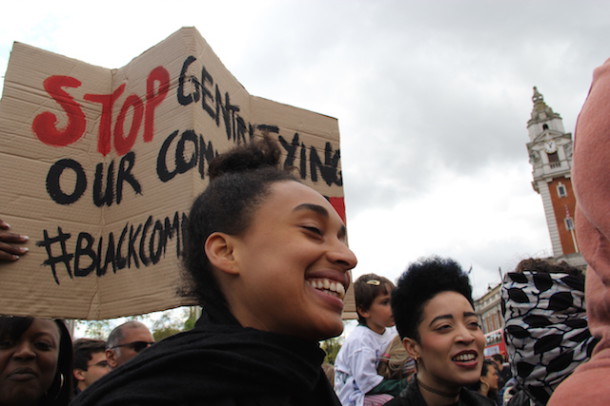 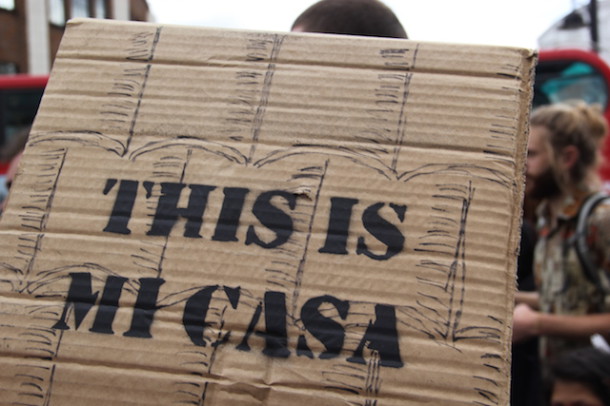 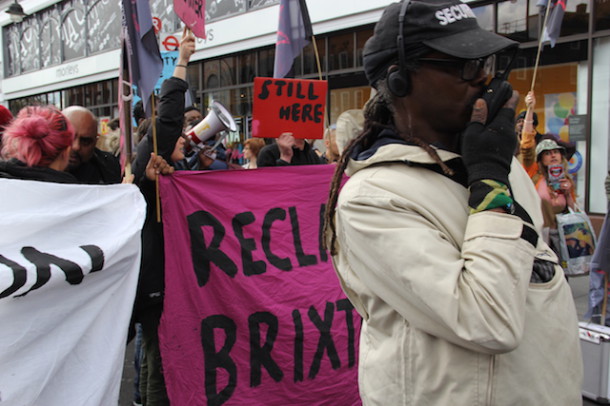 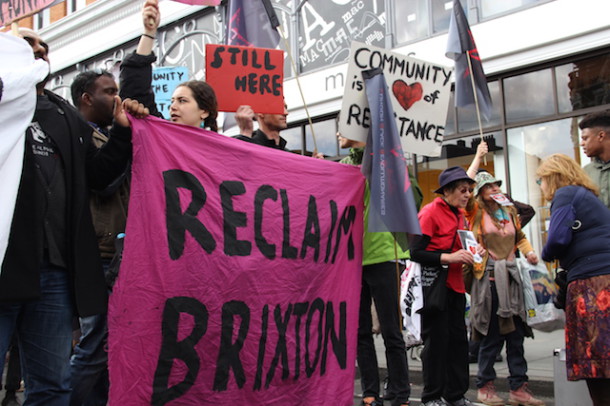 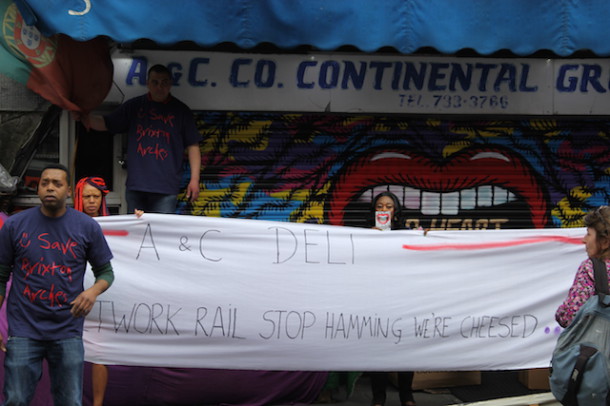 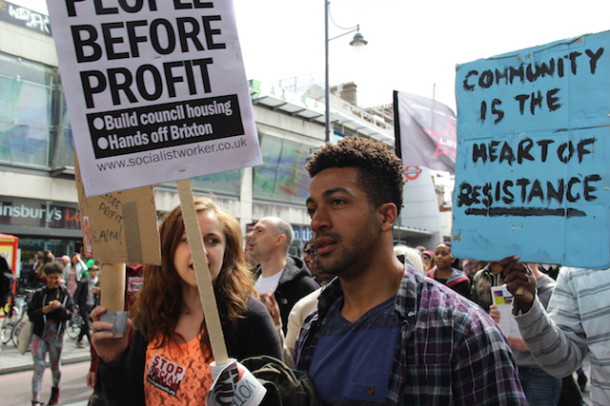