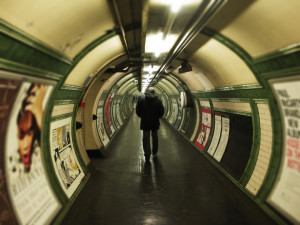 Brixton resident, writer, director and founder of the Blue Elepahnt Theatre in Camberwell, Antonio Ribeiro,  is starting work on a new film tackling the uncomfortable issues of housing, immigration and debt with his company Moon Road Films, subject to a successful crowd funding campaign. The film, Four Kinds of Love in the Age of Fear, tackles big issues through the eyes of one Brixton family.

The film speaks of the crushing financial pressure felt by a new destitute middle-class, , struggling to make ends meet, out-priced in an expensive capital city and of the difficulties felt by many immigrants,stranded away from their their loved ones.

As an immigrant himself, speaking about the subject matter of his film, Antonio says: “I feel today our politicians are presenting a gradually stronger anti-Europe, anti-immigration discourse. But I have never seen so many struggling in the city they fell in love with and I am talking about a great deal of people, not just immigrants.”

“I have lived in South East London for almost twenty-years and in Brixton for the last thirteen-years and I have seen so many things changing, unfortunately for the worse: the rise in house prices, sky-high rents for those who cannot afford to buy, a shortage of nursery and schoolplaces and a general lack of support for families who just happen to fall through the net. This film, although fictionalised, pays tribute to those families.”

The film is to be shot locally and the company are looking for a local actor to play the main role of John. Any local actors who would like to apply can contact Antonio directly on antonio@moonroadfilms.com.

Find out more about Four Kinds of Love in the Age of Fear here.