A Brixton business facing closure has been saved by a crowdfunding campaign that raised £10,000 in 24 hours. Output Magazine was launched four and a half years ago by James Matthews-Paul to “fill a gap in the trade media” and to provide jobs for four under-30s who otherwise wouldn’t have one.

Editor Ben McCabe said: “On Monday February 23rd, our editor-in-chief gave us the news that, wages for the month aside, we had nothing left in the coffers and would have to close at the end of the week. Determined not to go down without a fight, we decided to tell our story.“Output was created with the idea of being a new voice in the visual communications space. Employing a young team, the magazine made a small profit for its first three years of trading.“Yet just a year later, having been refused crucial funding to enable the growth that the publication needed, it was on the verge of closing. 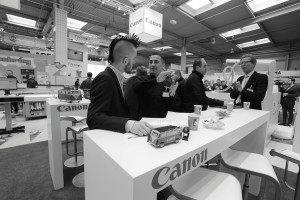 “That I sit here now, typing these words, is testament to the generosity of our readership and the power of crowdfunding.”