Tenants on Loughborough Park estate and their supporters today celebrated two huge victories in their battle against the Guinness Trust.Bailiffs had been scheduled to evict tenant Arinola Adefuwa this morning but called off their action at the last minute after the Trust admitted it had “made a mistake.”At a demonstration this morning to pressure Guinness Trust to house residents facing eviction on the estate, Adefuwa said she was relieved to discover that she, her daughter and her disabled brother would not be forced out of their home.

“The Guinness Trust said the letter had been sent to me by mistake. They don’t know how but it happened.“I’m so relieved I don’t have to go now, but they say I still have to leave in April like the others. I don’t know where they want me to go, I want to stay here. In my home.”The housing association Guinness Trust, which has charitable status, is evicting shorthold tenants to make way for new flats to be sold at the market rate.

Protesters have described the move is “social cleansing” because tenants will not be able to afford the cost of private renting in the area.Although the trust’s decision to call off the eviction is good news for Adefuwa, campaigners acknowledge that it is not the end of the fight.

Adefuwa and the other shorthold tenants on the estate are still set to be evicted in April.  Campaigner Grace Lally said the result was a fantastic victory. “We told them we would be here to stop the eviction and it worked, we are going to do it every time they threaten us with bailiffs.”Lally said there had also been a second victory for the campaign yesterday: Guinness said the shorthold tenants would be able to apply for new tenancies on the estate. “At the start Guinness said they had no responsibility to the tenants, they said go and find a private flat, we have no obligation to you,” added Lally. “A few weeks ago, because of this protest and the determination of the tenants, Guinness said they would provide them with tenancies – outside of London.“That is social cleansing: if you are poor and you want an affordable rent, get out of London. Yesterday, they finally said shorthold residents can now apply for a tenancy inside London, in Lambeth, in this estate. Its not totally secure but its a start.”Betiel Mehari, who faces eviction and has led the campaign, said today that “the battle is not over, the pressure has to continue until Guinness agree to something solid. We want secure tenancies and to know we have somewhere to live after April.”Also at the protest was Osironke O. Olugbile who highlights the tenants’ need to stay on the estate and to have secure tenancy agreements.Olugbile has lived on the estate for eight years and suffers from a number of medical conditions, including depression; she faces eviction in April.“I have many severe medical problems, I have depression, I find it hard to walk, so I have to go to the doctor and to the hospital all the time,” she said. “My GP is here, I want to stay here. I am happy living here, even though the flats aren’t in a great state: there is damp, there is mould”“The thought of leaving with no where to go has worsened my depression. I don’t have the money or the ability to rent somewhere privately. I don’t know what will happen to me.” 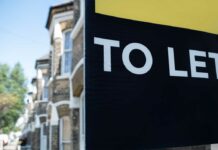