King’s College Hospital RFC is an open rugby union club founded in the 19th century as a football club whose representatives were made up of medics from King’s College Hospital. In its original form it was one of the twenty-one founding members of the Rugby Football Union, and in 1999 became a separate entity, an open rugby club for players of all abilities. Located in the heart of Dulwich, the club is composed of Mens 1st XV and 2nd XV, ‘Kipirs’ Veterans VX, Womens XV and a new addition this season, KCH Pirates Youth Rugby! To get involved visit the website or email play@kchrfc.co.uk.

On a crisp Saturday afternoon, one of the biggest annual events in Dulwich was about to occur. No, The Bishop was not giving away free pints, and William Rose was not selling half price steaks. The rugby season was upon us, and King’s College Hospital RFC were kicking off the season in style at Turney Road with a home double header! 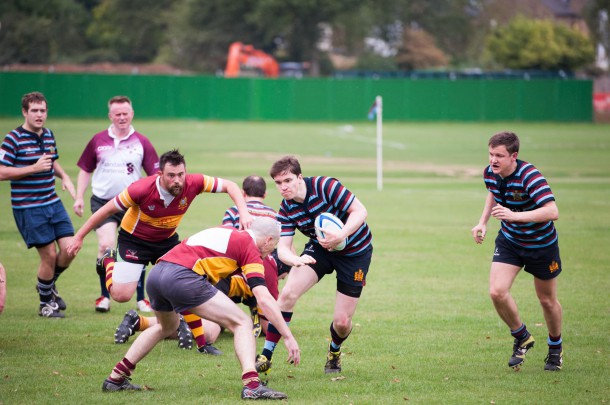 First to don the hallowed maroon hoops were the mighty 2nd XV, up against a solid Dartfordians RFC outfit. Physical opening exchanges ensued, and the teams were close at the half. An inspirational speech from captain Marc ‘Piggers’ Avery roused the King’s men as they tucked into their half time oranges, and his inaugural speech clearly put enough fire in the engine. A brace of tries from tricky Irish winger Rob O’Leary helped Kings run out 22-12 victors.

The stage was set for the 1st XV, under the stewardship of Captain Jack ‘Sparrow’, to take the game to Sittingbourne RFC. The game started as a fast paced affair, due to good conditions and a hard pitch, producing a lot of exciting running rugby. Kings had the better of the first half but couldn’t capitalize on their openings, going into the second half a slender 5-3 to the good.

Eventually the pressure told, and with territory on their side, Kings took a further well deserved try to open up a 12-3 gap. However, Sittingbourne clearly hadn’t read the home crowd’s script, and marched their way firmly back into the game with a penalty and converted try of their own, to lead 13-12 heading into the last 5 minutes. In true dramatic style, Kings fashioned one final opportunity and fly half Ian ‘Handsome’ Williams (despite an atrocious drop goal miss just moments earlier), slotted a 20 meter penalty to win the game 15-12 with the last kick of the game. 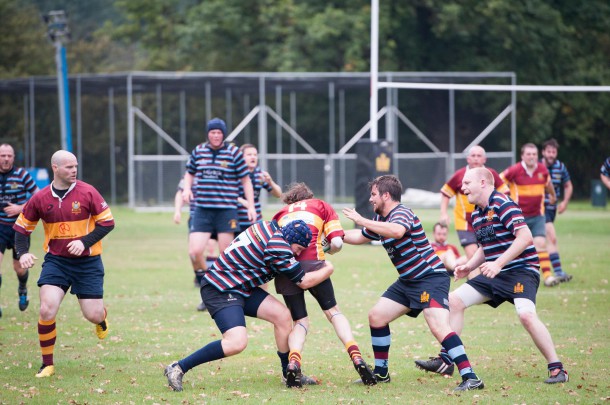 So a superb day all round, which left many club members toasting the team’s exploits in the late South London summer sun well into the evening. Sound like your cup of tea? Or more accurately, your pint of ale? Then dust off your boots, or put them on for the first time, and come join us!

As a reminder: To get involved visit the website or email play@kchrfc.co.uk. 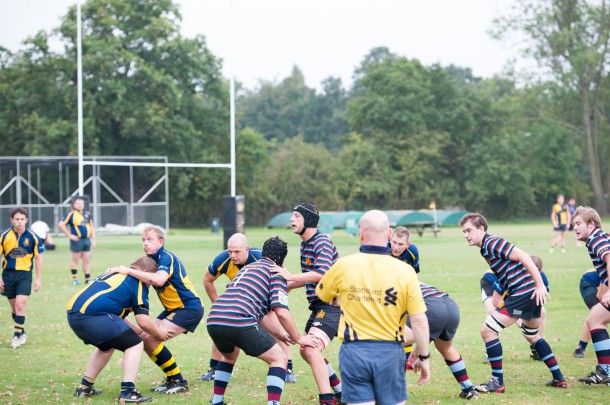 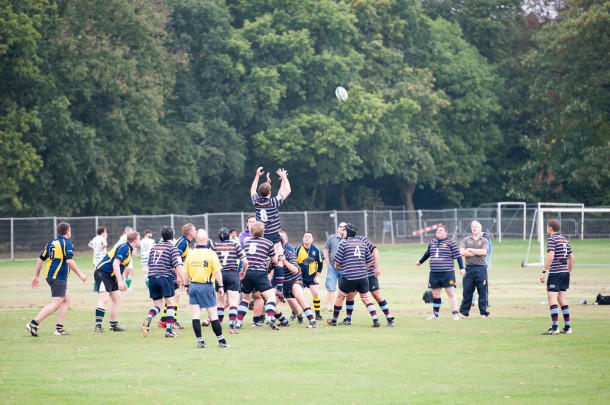