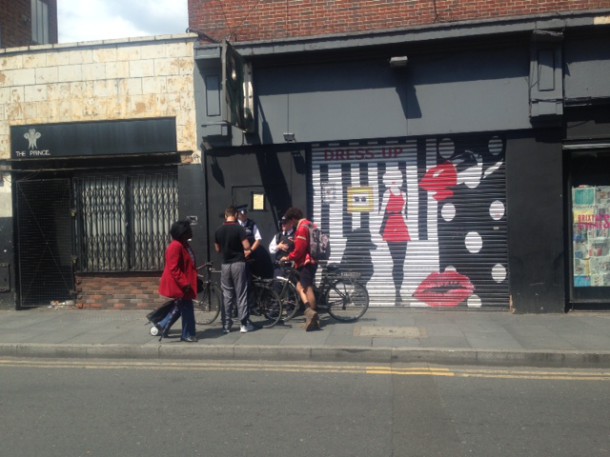 Police officers are on duty outside a shop in Brixton that has been squatted since Friday.

The shop, and offices above, have been occupied since Friday morning by the House of Brag group, and has been renamed the London Queer Social Centre. 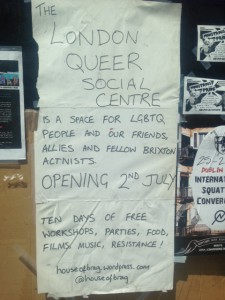 A poster in the window says the centre will open tomorrow as a “space for LGBTQ people and our friends, allies and fellow Brixton activists.”

The fashion chain Joy moved out of the building in January to make way for a new £4.5million Holiday Inn hotel.

Brixton Blog saw a group of squatters taking over the building at 6.30am on Friday morning, and signs have been put up on windows and doors.

A post on the House of Brag website said: “Radical politics and community organising in Brixton isn’t just a thing of the past.

“Several people involved with Brag this year have lived and worked and partied and done art and activism in Brixton in recent years. We’re also excited to get involved and show solidarity with stuff happening here right now like Housing Action Southwark & Lambeth, the campaign to Save Brixton College, Black Activists Rising Against Cuts, the Ritzy Cinema workers’ strike for the living wage, anti-gentrification activists, fellow squatters and queers and queer squatter.” 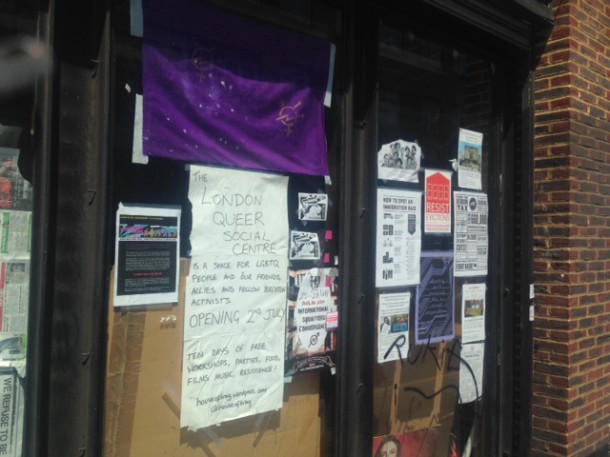