‘How Great Thou Art’ is a photographic series of African Caribbean funerals, spanning fifty years, and in its entirety consists of around 5000 photographs. In November, a selection of these images are going to be exhibited at Photofusion in Brixton. 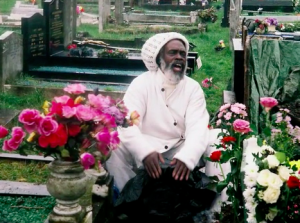 It promises to be interesting. In his involvement and photography of funerals over the years, the photographer, Charlie Phillips, has witnessed disappearing bodies laid out on dining room tables and observed the seismic shifts in burial traditions in Britain to date.

Phillips was born in Jamaica, Kingston and came to London in August 1956. After settling in Notting Hill, which at that point was described by Phillips as a “no-go area,” his father was pawned a Kodak Retina camera by a black American GI.

Phillips subsequently dropped his ambition of becoming an opera singer and headed to a chemist to buy a Johnson’s photographic kit so that he could print his own photographs. He used the communal bathroom of his home as a dark room and developed in the night, “when everybody went to bed.”

As well as the forthcoming exhibition, there is a Kickstarter campaign to publish a book of his photography. According to the Kickstarter page the purpose of the book is not commercially driven. It attests to the African Caribbean diaspora that has enriched London’s multicultural sphere since their influx to Britain.

Phillips says, “funerals are a very important part of our culture, its not just about death, it’s about celebration of someone’s life as well.”

Supporting the Kickstarter campaign means the legacy of Phillips’ work and the community he has documented will be concreted in history. Through pledging from as little as a pound, or pre-ordering the book, you will help to cover the costs of the first edition.

If the target of £7,650 is met, the organisers will be able to donate copies to both libraries and community centres, making his work accessible to all. In addition to the photo series, the book will include essay contributions on the themes of Phillips’ work by curator Paul Goodwin and academic Dr Michael McMillian.

Phillips, who is in his 70th year, has had his photography exhibited at the Tate Britain, Museum of London and MOCA in Detroit. He left England in the 1970s and consequently traveled Europe (briefly moonlighting as paparazzo in Italy and documenting student uprisings in Paris).

The “How Great Thou Art” exhibition will run at Photofusion on Electric Lane between 7th of November and 5th of December. 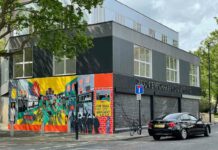