Part four of a series in which our Features Editor, Keith Lewis, along with Photographer, Jeannine Mansell, meet some of the residents of Cressingham Gardens. 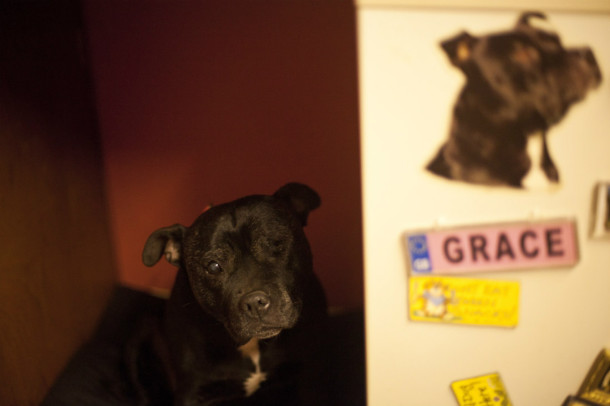 I’m sat in Shaun’s kitchen. Three eccentric goldfish are staring at me from a tank the size of a yoga ball. A Staffordshire with one eye jumps up at me playfully.

“Riddled with cancer she is,” says Shaun, as I pat the dog.

“She seems pretty active,” I say.

“Well, the funny thing is, my Dad lost an eye before he died, so did an aunt. And so did one of our canaries,” Shaun says.

“Gracey,” says Shaun. “After my mum, seeing as I wasn’t going to have kids or anything. You know, we had Cotton Eared Marmosets years ago. Mum brought the first one back. It hated me to begin with though and we couldn’t put our finger on it.”

“But then one day I got out the shower and it came running up to me. Took us ages to work it out… but fluffing out your hair is threatening behaviour to them, you see. And in those days I had it all spiked up.” 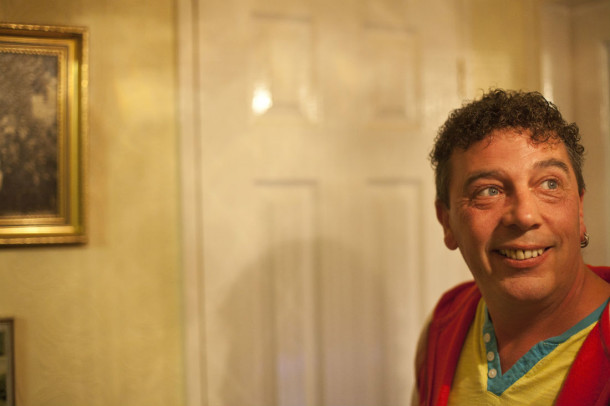 “You wouldn’t have that problem now,” I joke. Nowadays Shaun’s hair is lightly permed on top. He gets it cut down the hill, at Maggie’s.

“Anyhow, we got the monkey a partner and they had two little ones. But they died. So did the mum – stress of losing them they reckon. So we got the father, Dob, another partner. Yoko we called her… she had no teeth. They ended up having six liitl’uns.”

“Yeh,” laughs Shaun. “Of course, we had to get rid of a few. So we put an ad in Cage and Aviary Magazine. Ended up selling them to Cambridge zoo. The owner said he’d never seen such healthy monkeys.”

“What did you feed them, to make them so healthy?”

“Well… Farley’s Rusks with milk, boiled or scrambled eggs and 4 different fruits every day. And nuts, of course. Then a bit of live feed: meal worms and crickets.”

“Oh, and those baby vitamins you get,” Shaun adds. 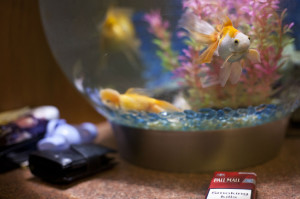 I compliment him on his kitchen, particularly the collection of teapots above the cupboards.

He grabs a teapot which has a balaclava over it, and brings it down. We both laugh.

“My friends brought it for me years back. I’m half Irish you see,” says Shaun. “In fact, we were just one of three Murphy families along the way here at one time. But we never knew the truth about which part of Ireland my dad was from. Never did find out. I mean, you try looking up John Murphy, no middle name, on the Irish registry.”

Shaun’s Mum died in 1999 and his Dad moved down to Brixton after that. And although he’s been living on Cressingham since the eighties, Shaun and his 7 siblings were all born in the same house in Kennington.

He shows me a faded picture of his three-year old self, dressed in a red velvet suit. 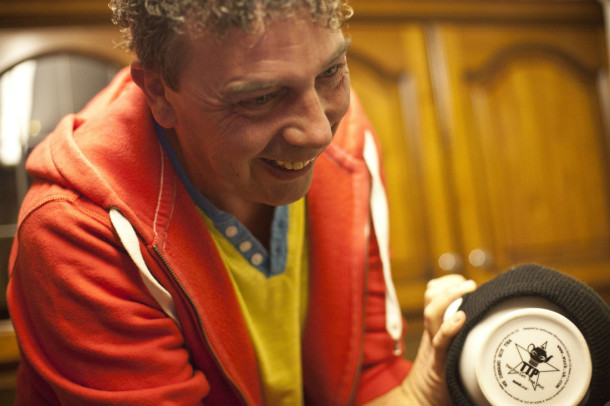 He looks out of his kitchen window and laughs.

“Takes me back,” he says. “Old Jim across the way. His wife would be cleaning the windows at 2am when we got back from a club. She had that OCD.”

Shaun also recalls when they used to organise a coach from the estate, most Saturdays, to take the Mums and the kids down to the coast.

“We all love it round here. You’ve seen what it’s like. When you’ve got that community spirit that everybody seems to talk about, they seem to want to take it away from you.”

We get talking about Shaun’s past.

“I started out on the trainee scheme for London Zoo. But I couldn’t afford the wages. So I went into building for a bit. But you can imagine the builders, all wolf whistling me and that.”

He rolls his eyes.

“Then, I was cleaning over in Bromley. Getting up at 5am for one cleaning job, then working in a curtain shop. It was owned by the guy from ‘Brush Strokes’.

“If I remember rightly, yeh,” says Shaun. “And when I finished there I was straight off to another cleaning job.”

Shaun was also a butcher in Dombey’s for a while. And then he did a stint in Murray’s, another butchers on the corner of Electric Avenue, where Iceland is now.

“At 5pm every Saturday, we’d auction off the meat we needed to get rid of. Right outside the number 2 bus stop at the time. They’ve moved it now. But you should have seen some of the fights to get at the deals.”

Shaun used to live down on Mayall Road too, before coming up to the estate. 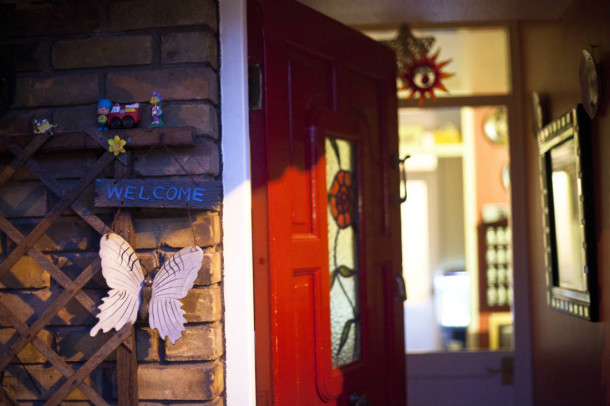 “We lived next door to the Pinnock’s, a lovely Caribbean couple. I remember them taking me to my first Caribbean wedding. I was the only white boy there… you should have seen what I was wearing,” he laughs.

“There was a pie and mash shop down there too,” Shaun says. “I still love my pie and mash. Anyhow, Mum always sent us down there when she didn’t have anything in the house… you know, she came home with two baby alligators once,” he says.

“The arcade, down behind Somerleyton.”

“That’s it. There used to be a pet shop down there. Mum kept the alligators in the bathtub, until she bath time of course. Then she’d throw them out for a bit. Didn’t last long though, I think we gave them to London Zoo in the end.”

“Could say that. You know, at one point we owned 2 staffs, a Yorkie, nine cats, two chipmunks, a python and about 80 birds. All in this place.”

“Yeh, and the monkeys,” laughs Shaun.