Tinkers and techies can come together in Herne Hill tonight when the South London Makerspace (SLMS) hosts its first public open evening.

The concept has been crafted to allow people room to create and collaborate on their own design projects.

The Makerspace acts as an open workshop, letting people use tools they might not have available to them and encouraging the exchange of ideas.

The not-for-profit workshop relies upon a membership fee, though this is negotiable for those in financial hardship.

SLMS follows the success of London Hackspace, the largest organisation of its type in Europe, which boasts 900 members, a laser cutter and a 3D printer.

“I’d been a London Hackspace member for a while, actually, but never managed to make time to go to the space. It was just too much hassle to travel to the other side of the city,” said Tom Lynch, Trustee and founding member.

“When we saw that New York has eight popular makerspaces and London only has one, we knew that we’d be able to find support in South London for a second.”

The original gang that scrounged studio space where they could find it late last year has now formed a registered company, with over 40 paying members who have access all the tools in the space and who pool their resources to maintain and buy these tools. 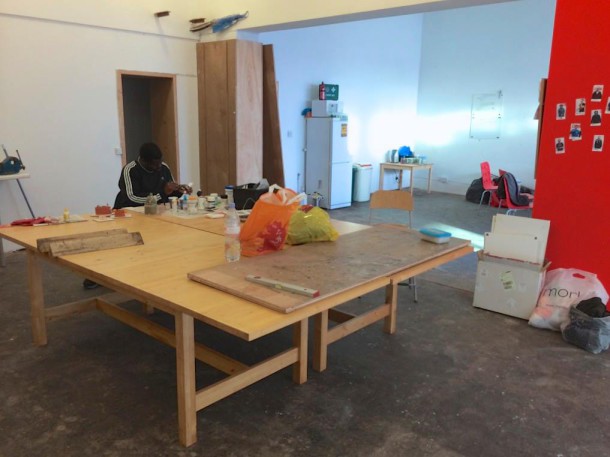 Members have revamped the vacant shop unit in Herne Hill into a multi-purpose workshop and meeting space- though it still bears the sign from the old “The Good Companion” café it used to be.

“We hope to get that changed soon” added Tom Newsom, second of three Trustees. “Our members have all sorts of ideas for improving the space and its decoration.”

If you have an interest in repairing or crafting with wood, fabric, metal, paint, computer code, plastic, electronics or anything else at all, then the Makerspace is waiting.

The first weekly open night will be hosted on the premises at 27-29 Norwood Road, Herne Hill, SE24 9AA, from 7.30pm until late. Everyone is welcome including accompanied children.