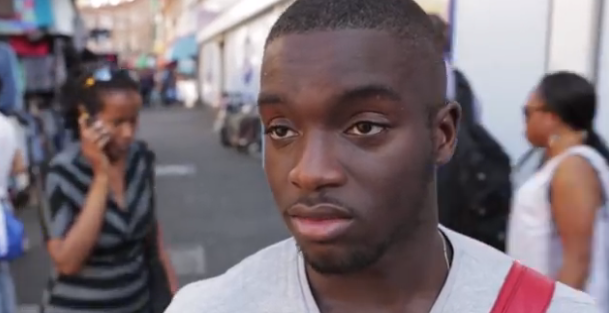 “If Made in Brixton ever appears on our screens, I’ll eat my hat”, so wrote our co-editor in May last year. Tim devouring his headwear (perhaps at a live event at the Lambeth Country Show) might alone be worth  the much hyped show getting commissioned, as the show’s creators Edwin Louis (Developer) and Janvier White (Director) are hoping. Both from the local area, they talk here to Brixton Blog about the pilot and their future plans for the project.

Whose idea was the program? How much did it cost?

Edwin Louis: It was a combination of us and the producer we were working with at the time. The producer said he wanted to make a reality show then the director said I think we should do it about Brixton. The developing team is three or four but there are lots of contributors. The budget for the pilot was about three hundred quid.

Are you filming more at the moment?

Janvier White: We finished the pilot last year. It’s 25 minutes long but we’re probably not going to release it online. We can’t really start filming until we get some sort of funding.

EL: The pilot isn’t the actual program; it doesn’t keep completely true to our original idea. It was mainly made to represent the idea to commissioners. You could say it was our fault but it was really through forces that weren’t in our control. There were time constraints – people were hot on our tail trying to copy the idea and we had about four to six weeks to make it. We had to find people quickly, who wouldn’t be shy on camera.

Has it been picked up for commission?

EL: We’re trying to get hype up to get it commissioned; we’re ready to go. I think it should be on TV, definitely. People would watch it whether it was for a good reason or a bad reason.

JW: We’re talking to two channels at the moment…at the moment we don’t want to say anything about that until things are more concrete.

How did you find the actors for the pilot?

EL: What happened was we posted an ad, and we had loads of interest. Then we had three or four days of auditions.

JW: It was bizarre; we were having people coming down from places like Liverpool to be in the program! Like how could a person with a Liverpudlian accent be from Brixton? This one girl had no idea where Brixton was.

When you called it Made in Brixton were you trying to get a direct comparison to Made in Chelsea?

JW: The reason we released a trailer under that name was for it pick up the buzz, people could straight away compare it to something they know. The name may be different if it comes out on telly.

EL: It was meant to be provocative. People were like “Oh my God they’re trying to copy Made in Chelsea”;

but we aren’t going for scripted reality like Made in Chelsea. The real idea is for it to be a non-scripted program with interesting people from this area. 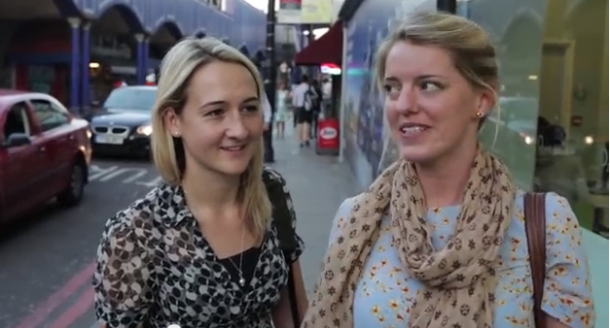 That must be quite hard? You’ll need some pretty talented actors?

EL: We don’t want to really call them actors. Even when we shot the pilot we were like, “don’t act in a way that you are not, don’t act just be yourself.” We’re not going to tell the characters what to say or how to say things; it’s more like we will follow their daily lives.

Tweets-wise, the hype around it etc. do you think it is a positive reaction you’ve had?

EL: Yeah I do. At the end of the day there is nothing to judge it on presently except for the trailer. There was one tweet I saw that said “I hope they’re not going to use this as an opportunity to talk about Jamaicans in a negative manner”. Some people don’t understand we are doing this for positive reasons; we love the area.

How do you distance yourself from the controversy surrounding gentrification in this area?

EL: We don’t want to distance ourselves from it. It’s a part of Brixton now, just as much as any other part, we want to show reality truthfully. That’s why in the trailer we did the documentary-like opening interviews, talking to people in the street and asking them what they think of the area; it shows you the mix of people here.

JW: We want to cover everything, not just the hip side of Brixton. People who moved here a year ago and people who were born here…even the negative aspects.

EL: The idea is to have a good mix of characters that represent the many sides of Brixton. That way when you watch it you can say “I don’t like that aspect of Brixton, but there are people like that in the area”.