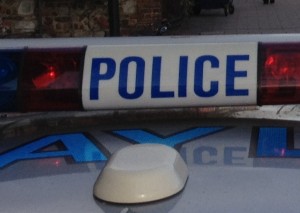 Many of yesterday’s arrests were made in Brixton Market, where a number of phones were recovered by police.

Speaking about criminal gangs, Commander Stephen Watson, leading the operation, said: “We are tracking and understanding how their illegal practices operate with a view to putting them behind bars”.

Operation Big Wing was carried out in partnership with police forces across the UK and law enforcement agencies in 13 European countries through Europol.

Commander Stephenson added: “These efforts should stand as a clear warning to mobile phone criminals that we are narrowing in on criminal activity and the organised networks they may operate in, who will soon have no place to hide within this country or Europe.”

Director of EuroPol, Rob Wainwright, says: “EuroPol has been pleased to support the UK and other EU countries in this case by using its intelligence capabilities and co-ordination services to identify the pan-European network behind these crimes committed in London.”

Arrests were made for a range of offences, including suspicion of handling stolen goods, robbery, burglary, theft, drugs, assault and offenders wanted on warrant.

A total of 205 people were arrested across South London.

Traders unite in the market

Brixton market’s Stuart Horwood gets on his bike for NSPCC

Beef it up: Meat Liquor