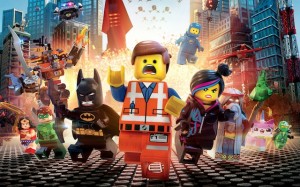 Just in case you hadn’t noticed this Friday is Valentines Day so if you’re looking for somewhere to go on a date that won’t involve having to talk to the person you’re with for at least ninety minutes then I highly recommend a trip to the cinema. The Ritzy have lovingly put together a bouquet of romantic films to fit the mood. Breakfast at Tiffany’s stars Audrey Hepburn, George Peppard and the god awful Mickey Rooney in Blake Edward’s stylish 1961 classic, which should be great up on the big screen. Spike Jonze latest Her, stars Joaquin Phoenix as an ex-journalist in the midst of a divorce who falls in love with an app. Tilda Swinton, Tom Hiddleston, and John Hurt are excellent in the genre warping vampire romance Only Lovers Left Alive directed by one of my all time favourite filmmakers, Jim Jarmusch. It is weird, it is romantic, and it is also very funny, in that distinctly Jarmusch kind of way.

Also out this week is British rom-com 8 Minutes Idle that promises to be a “warped urban comedy” about the exploits of a call centre employee forced to secretly live in his work place after being thrown out by his parents. Bastards has a super tanker captain returning to Paris and being dragged into complex web of deceit, betrayal, corruption, and tragedy in this dark and brooding neo-noir from celebrated director Claire Denis.

On a lighter note there’s the latest animated release from DreamWorks, Mr Peabody & Sherman, the time travelling adventures of Nobel Prize winning scientist dog and his mischievous sidekick. There’s also rep screenings of Gasper Noe’s hallucinatory visual mind meld Enter the Void (2010), and the Bryan Forbes’ classic kitchen sink drama L Shaped Room (1962), in which an unmarried and pregnant French girl moves in to a seedy rooming house in Notting Hill filled with social outcasts and begins a relationship with a struggling writer. And remember you can still catch screenings of Dark Days (2000), Walking With Dinosaurs (2013), Dallas Buyers Club, Inside Llewyn Davis, The Wolf of Wall Street, and 12 Years a Slave.

But one of the biggest releases this week, just in time for the school holidays of course, has to be The Lego Movie. I can safely say it’s an absolute hoot and as far as family entertainment is concerned it’s as solid as the plastic bricks that it’s made of. Written and directed by Phil Lord and Christopher Miller, the same team behind the excellent Cloudy with a Chance of Meatballs (2009), it also features the voices of Will Ferell, Morgan Freeman, Jonah Hill, Alison Brie, Elizabeth Banks, and Will Arnett.

In the busy, shiny and predictable world of Lego Land, ordinary construction worker mini-figure Emmet Brickowski lives a decidedly average existence. That is until a chance encounter with the mysterious Wyldstyle and the accidental discovery of a mystical relic called The Piece of Resistance lead to him being mistaken for The Special One, the only inhabitant capable of saving Lego Land from the evil clutches of Lord Business. Drafted into a fellowship of Master Builders Emmet must lead a band revolutionaries against the tyrannical Lord Business before he unleashes his plan to glue their world together. But how long will it be before they realise Emmet is just an ordinary guy?

There’s a lot going on in The Lego Movie for a kids film, and I’m pleased to say most of it’s very funny and very clever, despite the third act being a bit soppy, which is what you usually find with most films aimed at children. It could quite easily be described as a subversive satire on corporate branding and global homogenisation, where imaginative and creative free thinking versus rigid and unquestioning conformity. It also takes a few digs at adults who seem to have forgotten that toys are made to be played with as appose to being collectors items, and reminds us that comic book super heroes used to be fun. But essentially this is a well-written and superbly animated adventure in where they’ve actually made an effort with the gags, rather than spend a hundred minutes trying to sell you a product. Essential viewing for the school holidays I’d say. It’s a must. Happy viewing! 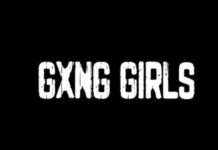