By Tim Dickens and Rory Grieve

Lambeth council has commissioned a feasibility study into opening a station in the Brixton area on the useful Overground rail link between Clapham Junction and Highbury and Islington.

Trains on the line currently sail high above Brixton Road without stopping, and Transport for London have previously said that a stop at Brixton would be too expensive as the line is “elevated, curved and on a gradient.”

Today Lambeth council confirmed  it is working on a £25,000 feasibility study, led by the engineering firm Steer Davis Gleeve, looking at the “opportunities for a London Overground stop in the area” alongside the refurbishment of both Brixton and Loughborough Junction’s existing stations. The study is being done as part of the Future Brixton and the Brixton Central masterplan.

The London Overground Line links Clapham Junction with Highbury and Islington, via Peckham, Surrey Quays, Whitechapel and Shoreditch. This stretch of line was opened in December 2012.

In a written answer to a question on opening stations in Brixton and Loughborough Junction yesterday, London mayor Boris Johnson said: “Unfortunately, constructing a station at either location would be very difficult – and therefore very costly – because the railway is not only on a viaduct but the tracks are curved and on a gradient. As a result, any benefits of stations at these locations would be outweighed by the costs and so they would not offer value for money.” Johnson went on to confirm that Lambeth council is re-examining the idea of opening an Overground Station in Loughborough Junction, with the help of TfL.

An alternative idea to plug the two mile gap between Clapham High St and Denmark Hill is to reopen the now defunct East Brixton Station. This was recently included in the Londonists’ list of 15 ways to improve London’s train network.

Last year the government decided not go ahead with the recommendations of a consultation to stop trains at Blackfriars from 2018 when going north on the Thameslink line from Loughborough Junction.

The findings of the new study by Lambeth council and TFL are expected later this year. 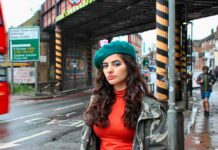 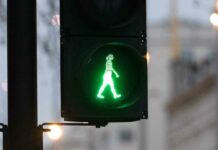