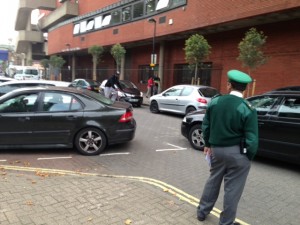 Lambeth council claims to have cut the number of parking tickets it issues by 25 per cent.

This latest cut means that over the last four years, around 63,000 less tickets were issued.

The penalty charge notices issued for the last three complete financial years were:

Councillor Imogen Walker, cabinet member for environment and sustainability, said: “Parking control is an essential service which makes sure the streets are clear for traffic, including emergency vehicles, to get around the borough. Our focus is on providing excellent customer services and we are introducing new technology, such as pay by phone, which makes it easier for our customers to park.

“As a result we have been able to scale back enforcement in many areas and dramatically reduce the number of penalty charge notices we issue. We have done this by working with residents and businesses and using more strategic, focused enforcement when it comes to tackling traffic problems.”

The council claims one chief elements was allowing drivers a five-minute leeway prior to a ticket being issued, and allowing parking wardens to be more lenient.

It says other improvements include allowing most permits to be renewed online since October 2011, a projected 35 per cent fall in vehicles being impounded since 2009/10 and a scaling down in the number of vehicle removal operations since July 2009.

Cllr Walker said: “We have listened to resident’s concerns about how many tickets were being issued, how long the appeals process took and acted accordingly.

“This year we will be building upon these improvements with more changes in response to resident’s feedback about how they want us to keep the borough’s streets safe and the traffic moving.”

This comes after the Brixton Blog uncovered millions of pounds of parking tickets were being wrongly issued by Lambeth every year.