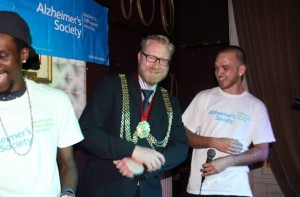 Blair, who worked closely with him when Bennett was a “talented and dedicated” member if the Number 10 team and at Labour HQ, said he worked tirelessly on the 2005 General Election campaign.

He added: “He was intelligent, immensely hard-working and above all, a warm and generous spirit who was a pleasure to be around. He was an extraordinarily popular member of the team.”

Mark Bennett worked as an assistant of press secretary Alistair Campbell at the Labour Party. Paying tribute to his former colleague, Campbell said: “Mark, you were a big character, and you left your mark on all of us. I will miss you and so will all who came to know your wit, your passion, your commitment and your determination to do something good for the world.”

Since first becoming elected to Lambeth council in 2005 Cllr Bennett had made a huge contribution to the borough, leaving staff and councillors saddened at the sudden loss.

Tributes have been paid by politicians, colleagues, residents and friends including Streatham MP Chuka Umunna. The Brixton Blog has collected some of your memories here.