Cameras set up to record urban foxes by a member of the BBC Springwatch team caught a suspected burglar in the act last week. 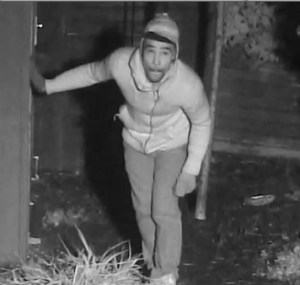 Police have released a still image from the footage, showing a man jumping over a fence and making off across the garden at 3.45am on January 12. There had earlier been a burglary at a neighbouring house in Hollingbourne Road, Herne Hill.

Officers have asked for help identifying the man in connection with the break-in.