The first of a series in which our Features Editor, Keith Lewis, along with photographer, Jeannine Mansell, meet some of the residents of Cressingham Gardens. 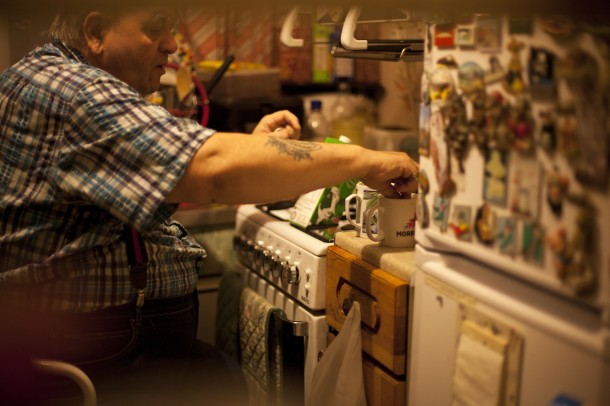 ‘The Old Curiosity Shop. That’s what my sisters call it,’ says David from his easy chair. He’s surveying his own living room in his one bedroom council flat on Bodley Manor Walk. His sisters had all moved down to Devon years back so he was on his own up here.

But in David’s flat you can barely see the wallpaper for paraphernalia. A large veneer dresser covers half of the back wall. On top of it sits a replica of a dark green LNER steam engine, plus a model Laurel and Hardy.

I ask David how long he’s been here.

“Let me see… since nineteen-eighty,’ he says. ‘Before that, I was in the old tenement building up by Lambeth North station, before it was pulled down. Of course, I’m from Lancashire originally.’

That seems to explain the steam engine. 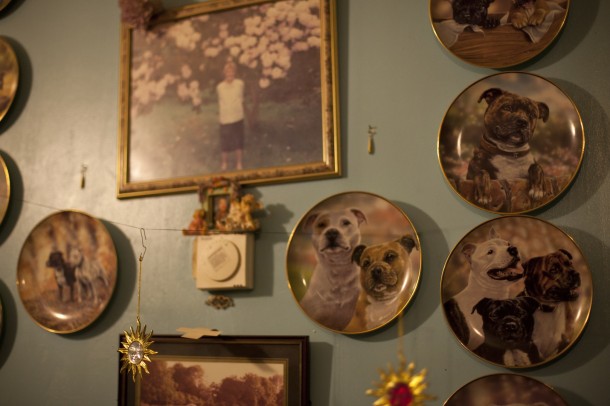 ‘Been married and what have you. Got divorced. And Lancashire was too small for all that,’ he laughs.

I notice two model barges on top of a pine bookshelf.

‘I used to run the canals,’ he tells me, and invites me out into the hallway to investigate. There’s a tea towel hanging on the wall with a map of the UK’s canal network on it. His finger follows the Grand Union, which David recalls with enthusiastic energy.

As we sit back down I notice a telephone, which has it’s own fabric cover in the form of Disney’s goofy.

I ask David why he didn’t follow his sisters.

‘Could have got a place down there I guess, if I’d registered myself disabled. But I didn’t want to do that’ he says. ‘Anyway, I’ve always liked it here. I’m lucky with my neighbours.’

David explains to me that he used to run an over fifties club down at the Rotunda. That’s the name of the community hall.

‘There had been a few issues with the new tenants association though,’ he explains.

Turns out it was something to do with his over-fifties club having too much kitchen cupboard space. Besides, David needed to cough up some money if he were to continue using it every week.

Cressingham Gardens sits between Tulse Hill and Brockwell Park. David is on the park side of the estate. It’s peaceful, and I feel the need to point it out. 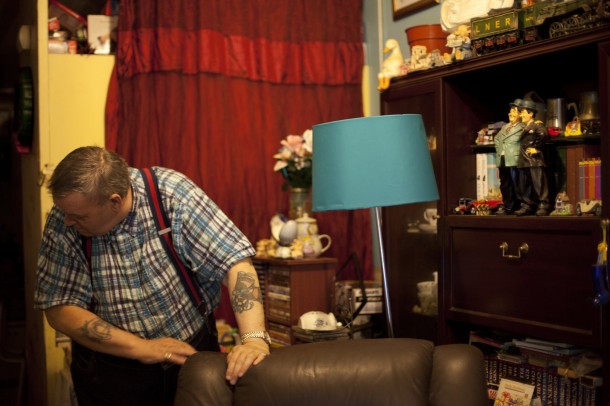 ‘Of a night-time you can’t hear a thing,’ he nods.

Just then a clock chimes loudly. I look about, waiting for it to finish, and notice a digital calendar sat on a side cabinet. It was stuck on December 25th.

‘In fact, if you have a look in the A-Z, we’re not even in it – Bodley Manor isn’t on the map, so to speak. Only Hardel Walk, down the way there. A real rabbit warren this place – until they put a nice new map up out front I never even got my parcels.’

David and I both laugh. I ask him if he’s a big animal fan, pointing to the wall behind his TV.

‘Oh, the plates. Yeh,’ he says. The wall is covered in them and each one has a different painted image of a Staffordshire dog.

‘Owned Staffs all my life, but the last one died three months ago. Shan’t be getting anymore though, on account of my health.’

David has heart problems, you see. He’s also recently had an operation on one knee and that’s made mobility difficult.

The glass front of his dresser has loads of old theatre tickets stuck to it. I notice King Lear.

‘I used to go all the time, with a friend,’ he tells me. ‘Unfortunately she passed away a while back so I don’t really go anymore… here, did you see those buildings all bricked up down the bottom end of the estate? Subsidence that is. You could shake somebody’s hand through the crack in the wall, it’s that bad.’ 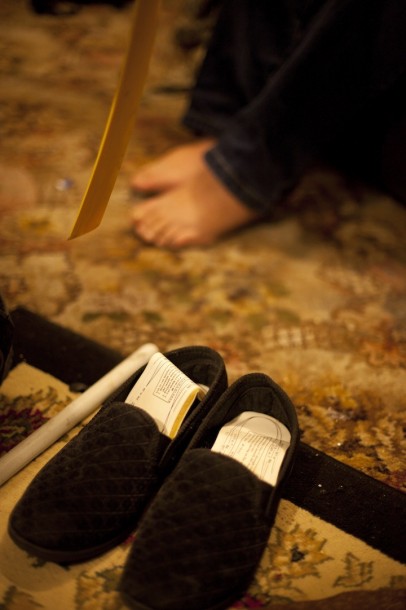 David speculates. Maybe the developers of the private estate next door had their eyes on it. He feels that there is uncertainty about his future at Cressingham.

He stops for a minute. And then he says ‘I tell you what, there is one person you should talk to if you want to know more about this estate.’

He picks up Goofy and dials a number that he has committed to memory.

‘Hello. It’s David,’ he says. ‘I’ve got a guy over here from the Brixton Bugle. I mentioned that my good friend Rosa might be interested in chatting to him, seeing as you’ve been here since day one and everything.’

Click here for part two: The Faces of Cressingham – Part One: Meet Rosa 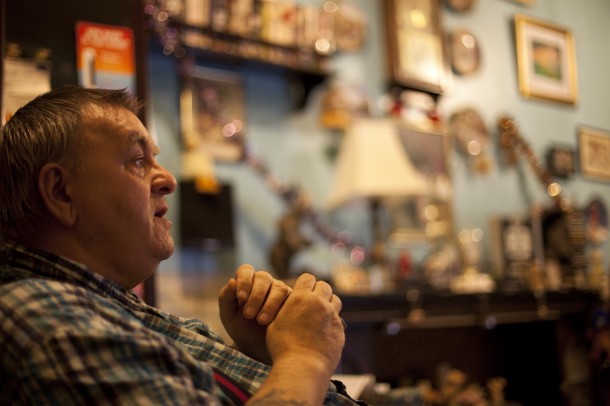 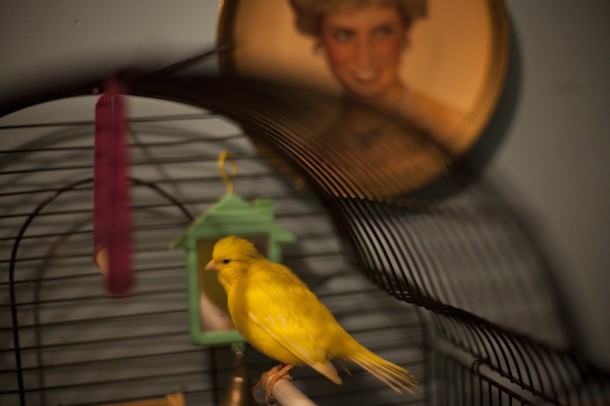 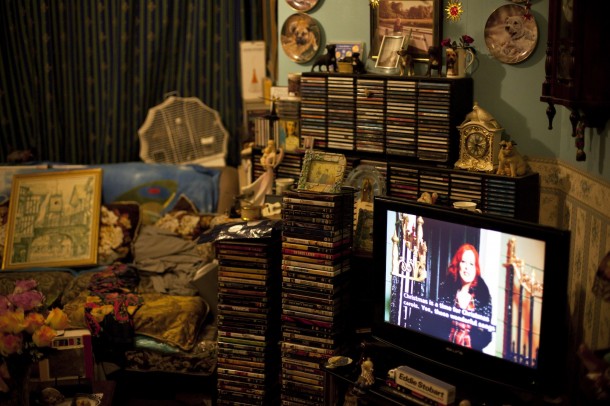 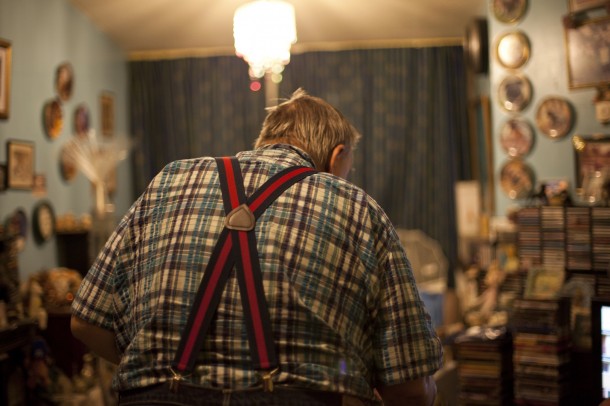 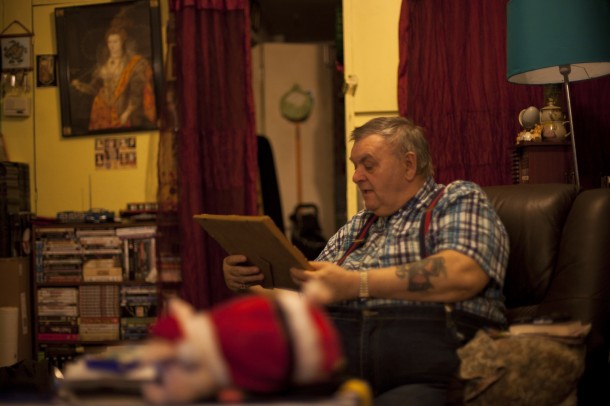 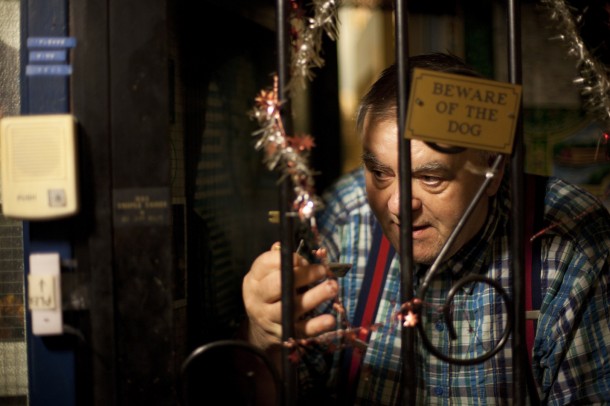 ‘Housing for everyone – especially the kids’

Government orders council to get on with Cressingham residents’ transfer plan