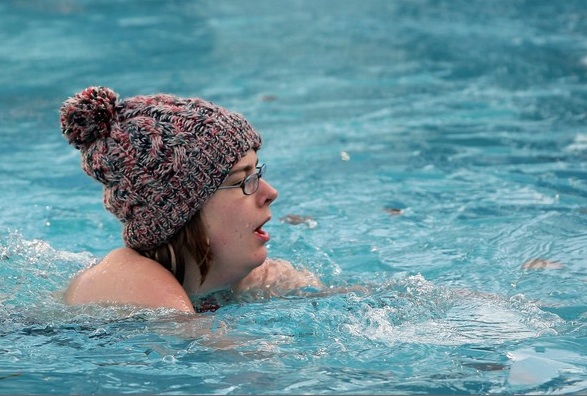 Following on from the success of the first event, the second Crisis Midwinter Swim will take place on Saturday December 14 at Brockwell Lido, Herne Hill.

Last year hundreds of audacious people swam in the icy waters of the Café near Brixton to raise money for Crisis, the national charity for single homeless people, and its year round services.

Even the Brixton Blog co-editor Tim Dickens jumped into the pool – which reached only 4 celsius on the thermometer.

This year the top three fundraisers (announced on December 20) and the best fancy dress will receive special prizes.

For the other courageous there will be a special Crisis swimming cap.

Registration will open from 11 am followed by a group jump-in at midday.

Participants can choose to just jump in and out or swim 100m (four widths). Afterwards they will enjoy a hot shower, hot drinks and food from Lido Café.

People can also join the charity event to give their support as spectators.