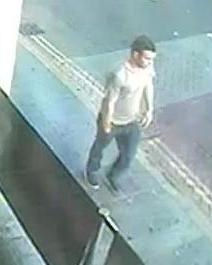 Police have released a CCTV still of a man suspected of assaulting a woman in Brixton.

The 36-year-old victim, who was returning home on Sunday July 7 from a night shift at work, was approached by the man at around 6.05am on Coldharbour Lane.

Despite ignoring his attempts to engage her in conversation and asking him to leave her alone, the suspect followed the victim onto Somerleyton Road.

When she told him she was calling the police the attacker attempted to snatch her phone from her before running off along Valantia Place into Brixton Market.

The police describe the suspect as a white man of Italian appearance. They said he had dark brown curly hair, was around 5”04, of slim build and spoke with an Italian accent. He also made several references about himself being an Italian.

Police are encouraging anyone with information to call TDC Sarah Francis on 0208 649 2192. Alternatively you can report information anonymously to Crimestoppers on 0800 555 111.