The Brixton Blog caught up with Neil Warshow, who has been the Beehive’s licensee for 7 years, to find out what it’s like running a pub in the heart of Brixton. 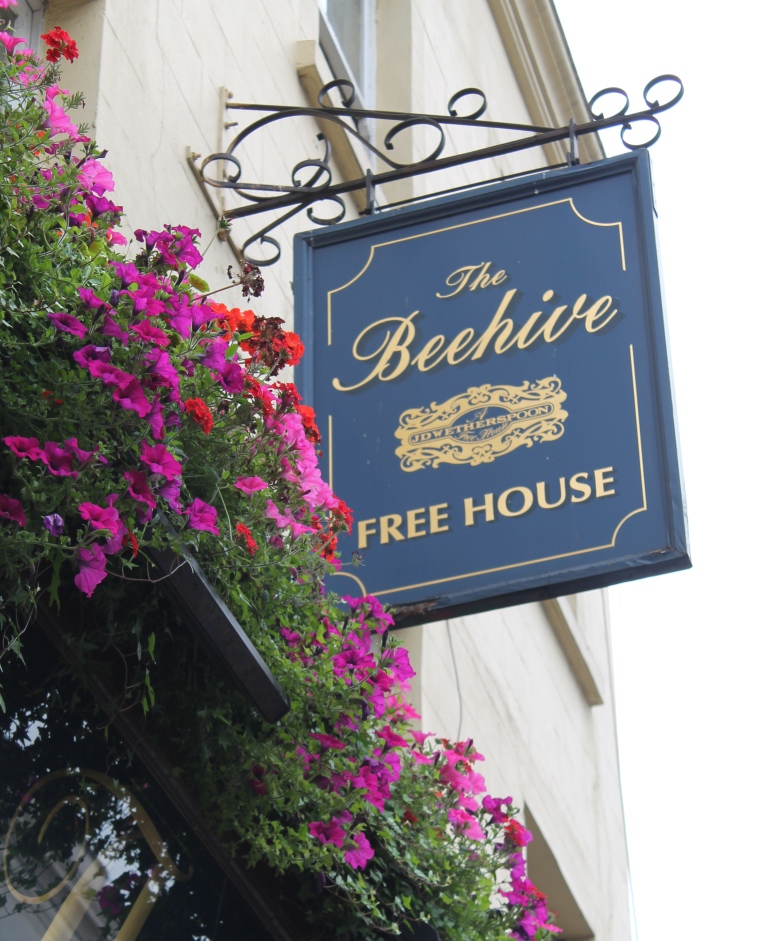 The J D Wetherspoon-owned Beehive is always busy, filled with longtime locals and visiting Academy-goers alike. Open from 8am to 12pm, it caters for all sorts, whether it’s builders powering up with a full English, all-day regulars, local workers grabbing a quick pub lunch or Brixton’s lively evening crowds.

“Every day is different in Brixton,” says licensee Neil, “and it’s changed a lot in the last 7 years.” Neil was working at the pub during the riots of 2011, and he tells me they were open during normal trading hours for business as usual. “A lot of the shops near us were damaged, but we weren’t affected at all by the riots. I think the rioters were grandchildren of the old boys who drink here so they didn’t want to touch it!”

The ‘old boys’ are the crowd of daily regulars who fill up the front of pub from morning until night. Working days are long for staff at the Beehive: “The old boys are usually in here from 9.30am. Then you get people in for lunch, and coffee after shopping. In the evening there are people coming home from work and others on their way to the Academy if there’s a gig on.”

The Beehive became a pub in 1993 when Wetherspoon bought the premises. J Sears & Co Trueform Boot Co., a shoe shop, had existed on the site since 1909. Wetherspoon chose well – the Beehive owes much of its custom and reputation to its excellent location, halfway between the Tube Station and the Academy. It’s perfectly placed to offer music lovers on their way to the Academy a modestly priced pre-gig drink. “People all over England know the Beehive,” says Neil, “a lot of people travel to see gigs at the Academy and stop off for a drink.”

Despite the recession, the pub has been getting busier. “I think we’ve grown about 8% every year,” estimates Neil, “we’re attracting young professionals now, and we’ve starting taking more money on food. There’s a definite shift away from being just a boozer.”

The pub’s clientele is changing with Brixton, as the old crowd dwindles. “It’s still a local for a lot of people, but those people are reducing in number. When I started, lots of patrons were on pensions or unemployment benefits, but after the cuts you can really see a difference. You don’t see certain faces now – they probably find it cheaper to buy from the supermarket.”